10 Movies to Watch on Election Day

For those of us tired of the elections, tired of the campaigns, I offer you a break from the norm with 10 films to watch while you wait for the results.

A rather odd choice, huh? Think about it, though. You have a likable President is faced with a crisis of unimaginable proportions. Instead of being nations at war we are a world faced with extinction. There's no need for UN inspectors, tribunals, or linking one group to another with more twists and turns than the Magic Bullet's path. We know who the enemy is. The White House blows up, the Cabinet and the First Lady die. A Mac Powerbook turns superior alien technology into Windows Vista. Anarchy and chaos ensue all to be wrapped up in 2 hours with Will Smith and Jeff Goldblum saving the day.

Some politicians run on a platform of change or reform, Linus Van Pelt runs on the platform of The Great Pumpkin. Whether you believe your candidate should have a strong faith based campaign or not, you cannot deny Linus’ commitment to the issues. You also cannot deny that people in power really don’t have any when it comes down to it. 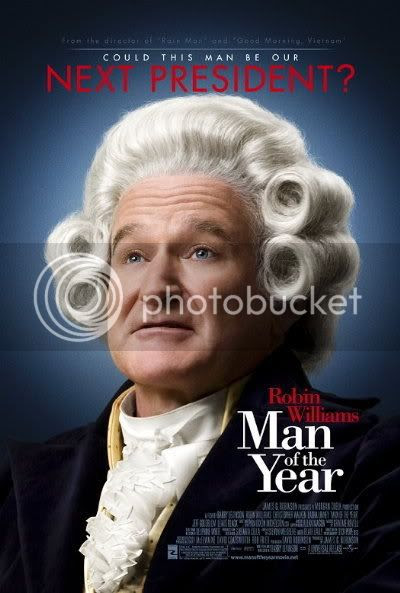 If you think the current President is funny wait till you meet Tom Dobbs. Robin Williams plays a Jon Stewart/Bill Maher faux news figure who has a lot of opinions about the government. On the suggestion from his audience to run for President he gathers tremendous support, but he fails to rely on his humor and instead tries to run on the issues. How dare he? When he’s invited to the debate he breaks every rule and turns the process into parody winning over America. An improbable scenario has Dobbs on the ballot in 13 states. 13 states, that if won, give him enough electoral votes to win the election. Comedy turns to conspiracy as Laura Linney plays a propeller head with insight onto how the election really was won and soon she’s on the run for her life as she tries to give Dobbs the bad news. 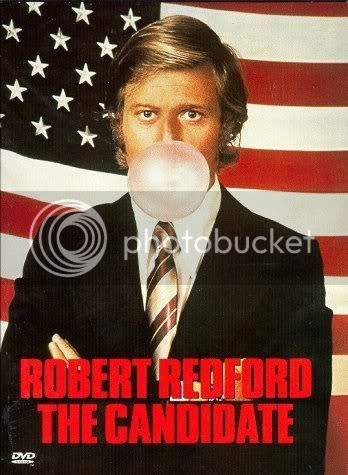 If you think your vote doesn’t count, you’ll like this flick. Robert Redford’s character, Bill McKay, is tapped to go through the motions in a senate race against an unbeatable Republican. While McKay is told to just go out and say whatever he wants, he uses the forum to get out his message to anybody who will listen. Along the way he begins to be manipulated and becomes what he loathes, a politician.

Who says Washington is the only place for crooks and liars. Check out any local high school and you’ll find a seedy underbelly, especially this high school in the suburbs of Omaha. There’s sex and corruption and scandal all before the lunch bell as Reese Witherspoon plays a character so twisted and vile she makes Ann Coulter look like Jessica Simpson. 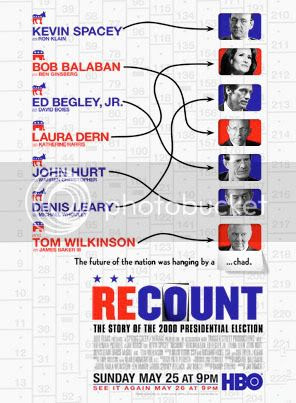 The election of 2000 was supposed to last a day, yet it wasn’t finalized until more than a month later when the Supreme Court ruled against Florida’s recount. If you ever wanted to go back and rethink what you thought about the election 8 years ago, now you have your chance. Grab your hanging Chad, your popular vote, and commiserate with all those who wondered what might have been. 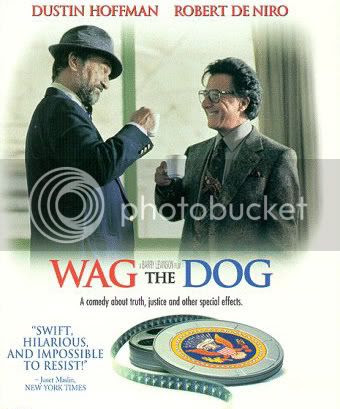 Hey! Look over here. Ignore that sex scandal. Look at this shiny war over here. Oooh! Ahhhh! Awwww, there’s a young girl carrying her dog through the rubble. And what a catchy song to encapsulate the nation’s emotions. Hollywood is tapped to distract the public and help keep public opinion in the black. Similarities to both the Gulf War and the Clinton Sex Scandal are intentional as well as Dustin Hoffman’s uncanny take on Robert Evans.

We’ll bring it down a notch with a pot boiler, non-fiction style. Woodward and Bernstein follow the money during the Watergate break-in and the revelation that Nixon was a crook. Don’t think for a second that the government is new to shady deals and misinformation. They nearly wrote the book. Excellent film with top notch performances by Robert Redford and Dustin Hoffman. 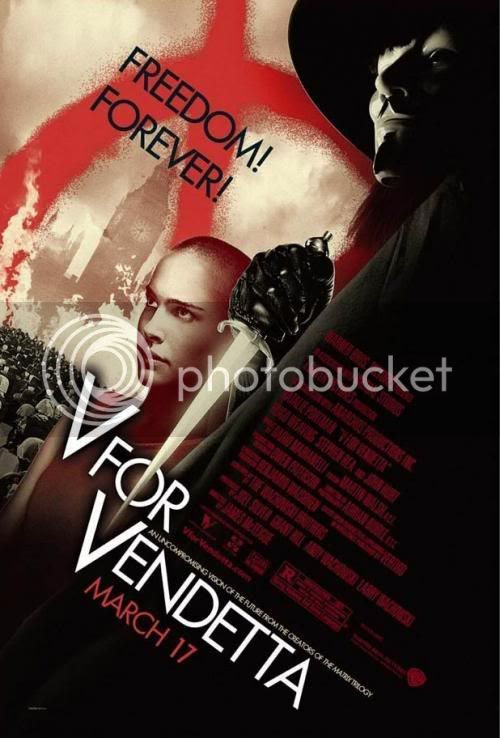 All the financial woes and worries about security, home and abroad, can make for depressing conversation. Why not blow it all up while wearing a mask and spouting Iambic Pentameter with a bunch of V’s? The Wachowski Brothers’ film about a dystopian totalitarian state where the government rules all and considers anyone not with them a terrorist. While the movie pits a terrorist as a protagonist one has to remember that Americans were terrorists during the Revolutionary War. 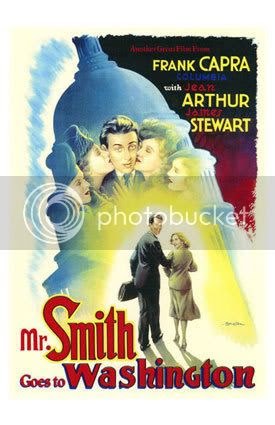 And if you want to actually feel good about government and politics this Capra classic pits Jimmy Stewart against the machine. First rule about shady politics, if you’re going to hire someone you intend to use as puppet, don’t give him something to do to keep him busy. He’s liable to come up with good ideas that directly conflict with your own and will ultimately expose you for the crooks that you are.
Posted by Mongo at 11/04/2008 03:54:00 PM