I am so sorry. I’ve let nearly a whole month and a half go by without talking about Michael Jackson… What kind of sensationalist blogger am I to have let this dead horse go unbeaten?

Actually, I’ve had this post in the works now since the week Michael died. I thought that because of his death, Michael’s album sales would skyrocket and I was right. I also thought that because of his debt, existing albums alone would not be able to cover the costs so there needed to be some other way for the bills to be paid. Concert promoters, from his cancelled tour, will probably recoup their costs by selling footage of rehearsals and trying to establish the already purchased tickets as memorabilia that should be kept instead of refunded. But what about Michael’s children…and Bubbles for that matter. Somehow, I don’t see the chimp getting a job as a maid to pay the bills. This of course came from the interview, in which Michael stated that Bubbles helped him clean and read up his bedroom.

Anyway, to make a long story into a full length music video about dancing zombies, I began thinking about covers. MJ has had such an influence and impact on the music industry that somewhere, out there, artists are itching to cover some of his greatest hits. Why not produce and sell a compilation album of all Michael’s greatest hits, covered by popular artists or even ones that he influenced? All proceeds could go to settling his estate and taking care of any loose ends left untied by the performer’s death.

Now, covering Michael’s songs is nothing new. Mariah Carey did the Jackson 5’s “I’ll Be There” in 1993 and Alien Ant Farm had a hit with “Smooth Criminal" at the beginning of the decade. What about other songs?

I present to you a Mongo’s eye view of what I envision as a tribute album. As always, your experience may differ. Any suggestions or changes are open to discussion.

Maroon 5 - "Smooth Criminal"
Yes, AAF already did it almost seven years ago, but this is a different arrangement. Think jazzy. Think bluesy. Think dark lounge with the tinkling of ice and bourbon in glasses. Think about Adam Levine slowly singing those lyrics “Annie are you ok?” with his voice. He has the timbre and the range to reach into Michael’s usual register.

John Mayer – "Human Nature"
Mayer already gave a peek at this one during MJ’s memorial. I say flesh it out and add his voice to the lyrics. Michael sang it with an almost whispered breath and John has used that same style before.

The Black Eyed Peas – "Wanna Be Starting Something"
Handing off lyrics to different members of the group and taking their new found energy from the release of THE E.N.D. gives TBEP an edge to hit this one out of the park.

Usher – "Billie Jean"
Usher’s performing style is what made me choose this song. He also has had songs in the past that have dealt with the same lyrical nature of "Billie Jean’s" premise.

Kanye West – "Black and White"
As much as I can’t stand Kanye, I think "Stronger" and the "Theme from Mission Impossible 3" has shown his collaborative talents and his ability to pull off this along with the lyrics.

Beyonce – "The Man in the Mirror"
A more stylistic approach to a more pointed song. Beyonce can give it some gravitas. Maybe get a collaboration with Mariah and Jennifer Hudson going.

Jason Mraz – "Leave Me Alone"
Mraz’s ability to hit out those nonsensical “doo” and “da” lyrics from “I’m Yours” gives him a foundation for playing with Michael’s lyrics. I think the arrangement should be changed to suit his style, too.

Justin Timberlake – "Thriller"
The showmanship and depth to his tracks on his last album have made him a great choice to cover perhaps the greatest Michael Jackson song. And if we can work Andy Samberg in there somewhere, so be it. Personally, I say get Anthony Hopkins or James Earl Jones to record the Vincent Price Rap.

Richard Cheese – "Remember The Time"
The Lounge Against the Machine have proven that you don’t have to be in Motown or another huge label to gain a following. Their cover of Disturbed’s “Down With the Sickness” for the remake of The Dawn of the Dead film in 2004 proves that they have an uncanny ability to find the right framework arrangement for a song and make it work. Go back and check some of his albums and you can see why he could make this work.

James Blunt – "You Are Not Alone"
His “Beautiful” song gives me the impression that he could tackle this in his own way.

Dave Matthews Band - "Don’t Stop Till You Get Enough"
It’s crazy, I know it. You must think I’m nuts but given the ability for Dave to twist his voice and hit a higher register he could carry the vocals with no problem. The song itself has enough sections to highlight all of the band’s talents. Boyd Tinsley’s strings would be awesome for the beginning. Unfortunately, the passing of LeRoi Moore leaves us with an indication on what might have been with the horn section. 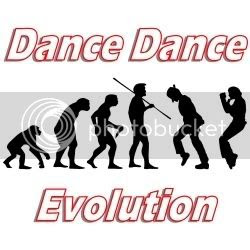 Get The Evolution of Dance on a shirt
at Mongo Angry! Mongo Smash! the store.