Apple finally launched the iPad.  What I find extremely ironic or perhaps morbid is that Steve Jobs looked as thin as it did during the unveiling.   To his credit, he is surviving pancreatic cancer and had a liver transplant but still it was a bit off putting to see him turn sideways and disappear.   The iPad is supposed to combine a bunch of different concepts into one device.  iPhone, web browser, book reader, email, etc., etc., etc.

Frankly, it doesn't look all that impressive except for the lower than expected price.  For $499, the entry level model is a 16GB version.  For the 64GB version you'll pay $699.  For a pay as you go data package you'll pay $14.99 or $29.99 for unlimited usage.  And don't expect to be able to use your provider for internet, unless you have AT & T.   I expect your billing statement will probably be thicker than the device.  Lastly, for those of you expecting some space age revolutionary looking tablet, guess again.  You've already seen this one in a smaller version, the iPhone.  Hell, I've seen the droid do the same stuff and it fits in your pocket.

If you really wanted to be innovative, Steve, you should have also packaged it as an LCD monitor.   Think about it.   You come home to a television stand that displays what looks like a flat screen television.  You spend a few minutes watching the news and decide you want to cap off the night by reading a book.  So, you walk to the television and lift it off its cradle.  You turn it on its end and use your finger to flip through the pages of an exciting novel or search out clues to the final season of LOST.   When you're done, you simply return the device back to its cradle to charge and act like a television again.

Now that would have been something to see.  Instead we get the following. 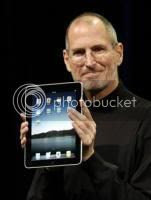 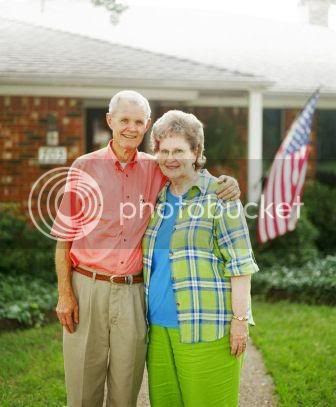