Ok, this is a short one, for once. Actually, I have two really long ones eventually coming, but then again, so is Christmas. They aren’t even of real topical relevance. It’s just me opening up my brain and spilling it out for you to look at and say. “That boy is crazy!”

Here we go. A few things keep popping up in my state of consciousness towards pop culture. A while back, one of my Tweeps posted a picture of a vintage Millennium Falcon toy from the 70s. This past weekend, while talking with my mom, we discussed how my seven year old nephew has discovered Star Wars. He has seen all the movies, thanks to my DVD collection, and has begun playing with all the old toys, thanks to my childhood bedroom. One item that he is playing with is, you guessed it, The Millennium Falcon. Just the other day, an old friend of mine from growing up reminded me about playing on the playground during recess and using the merry go round as my own personal Millennium Falcon.

All of this means something yet I don’t quite know what the universe is telling me. Oh, right. Post something about The Millennium Falcon. Got it, universe. Thanks again.

That Millennium Falcon toy I had growing up was the single coolest toy I ever had. It was huge and made noises and took batteries and held a bunch of action figures and it made me squeee! However, the one thing I never could figure out was…

Which way were the action figures supposed to sit in the damn gun turret?

Technically, the Falcon had two, one on top and one on bottom. Even though the toy version only had the top turret, the seat wasn’t exactly designed to be intuitive to that idea. I mean, realistically, Han and Luke went either up or down in the ladder and then sat perpendicular to the ladder so it could go either way. 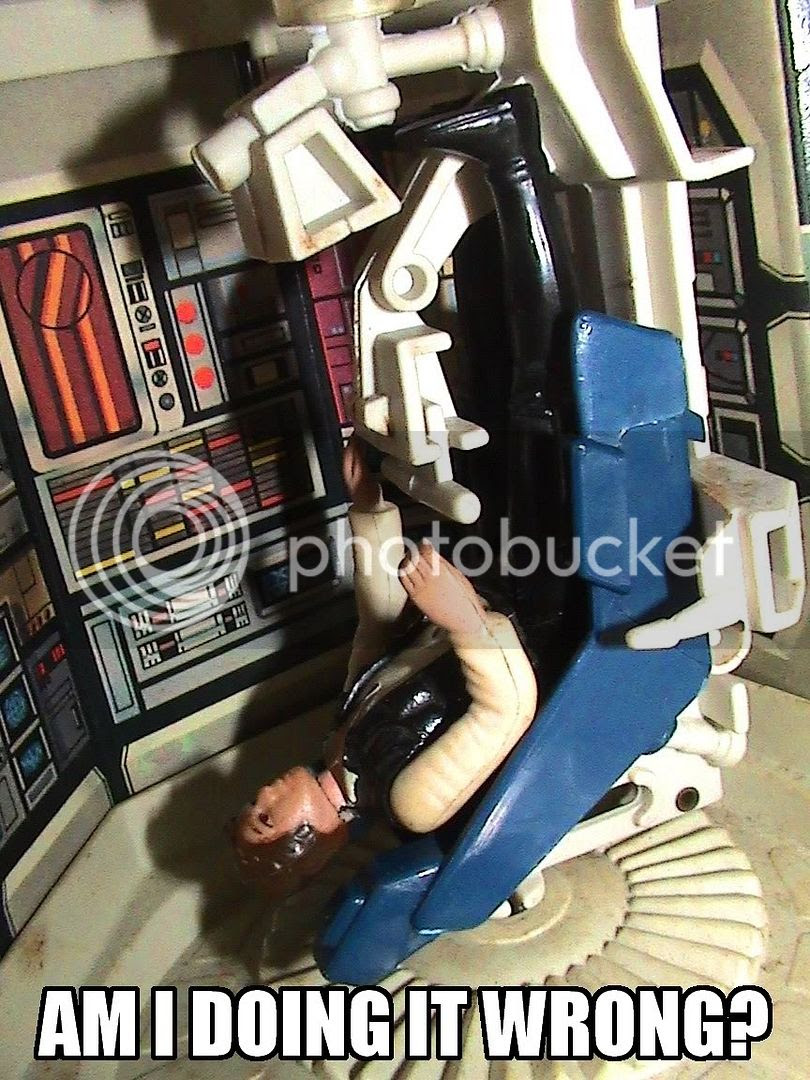 I think 90% of the time I had my action figures sitting upside down in the chair. Maybe, I was wrong. Who cares? I was a kid. The world was my universe and I was Han Solo breaking hearts and making Kessel Runs in less than 12 parsecs.

Next time we’ll discuss the radar dish. Where did it go? Did the filmmakers understand that it was the first thing on the toy to break off and made a nod to that in Return of the Jedi? Stay tuned.