The celebrity category. Sometimes when you’re famous for something you forget that the door swings both ways. Just ask Mel Gibson. And whether you wreck your expensive car or spout off against police while they arrest you for DUI, it doesn’t matter how big you may be, because the fall is just as meteoric and hurts a hell of a lot more when you hit the Earth.

In this bracket, few late entries did not make it into the mix like Alec Baldwin, who got booted off of a flight for playing Words With Friends on his mobile device, when he was clearly asked not to. Now, is it possible that mobile devices do not interfere with airplane electronics? Sure. After all, they were on the ground when the incident occurred, so the likelihood that the plane would explode because Alec played the word, ‘Incendiary’ is minimal. However, the flight crew asked you to stop and you didn’t. You are no more special than my schmuck ass back in coach with the crying babies. Get over it, you rude little pig. Frankly, I was a bit pissed at American Airlines for halting Alec because I was just about to beat his ass with the word, ‘entitled’.

Also, missing the cut was Ashton Kutcher, who managed to miss a spot after putting on a stellar display of d-baggery this fall. He made comments on Twitter about the Jerry Sandusky scandal, nailed the wrong chick or at least did it without Demi involved, and he’s pretty much tanking Two and a Half Men into the sea below the balcony on Charlie Sheen’s old place. However, we only had space for more and they are just as douchey as Kelso and Donaghy .


Chris Brown – Didn’t hit Rihanna this year, but a GMA dressing room window seeks a PFA.
Chris made a name for him in music, but his stupidity has made him more infamous. So infamous that when asked about the whole restraining order situation with Rihanna he became violent and trashed his dressing room after his auto-tune heavy performance of ‘Yeah 3x’. He threw a chair at a window then stormed out shirtless. Then he tweeted up a firestorm about praising Charlie Sheen while bashing him. Well, in the case of bashing him, GMA simply brought up a preapproved topic, by Brown. And as far as Charlie Sheen… we’ll get to that.

Let’s face it, Chris. You’re an angry man. Even if you release a new album, the two year old domestic abuse stuff will follow you around. We like to see how you handle stuff, that’s why we ask you about it. We want to gauge your response and see if you’ll freak out again. Oops. We we’re right. Get over yourself d-bag. You hit a woman. You endured being a exposed to your mom’s abuse by her boyfriend. You learned nothing. Try again in 2012.

Charlie Sheen – Vatican Assassin From Mars Powered By Winning Tiger Blood.
Charlie Sheen was never the A List star Tom Cruise is. Sure, he had some great movies. But for every Platoon or Wall Street, there were five The Arrival or Terminal Velocity films. However, he found success on the small screen taking over for Michael J. Fox on Spin City and then turned his outrageous life into a goldmine of material on Two and a Half Men. So, what went wrong in 2011 that lands him on our list?

Well, after entering rehab for the third time in 12 months, the production of the show had to be shut down. Then, CBS cancelled the remaining episodes of the season after Sheen made derogatory remarks about show creator. He fired back demanding a 50% raise on the already highest paid salary in television because he felt underpaid compared to what the show was pulling in as far as revenue. CBS then fired him putting the show’s future in limbo. He then went on tour and became a viral sensation thanks to a few choice interviews as people gawked and wondered, “Is he high or is he a genius?”

A little of column A and a little of column B. First off, if Sheen is completely sober through all of this then he’s nuts. You don’t bite the hand that feeds you… see Robert Downey Jr. Yeah, RDJ pissed me off for being a bit of a douche when he wouldn’t talk to Jimmy Kimmel’s crew after Iron Man exploded his star power, but he has been smart about his reacceptance into Hollywood. Sheen just reloaded and went 'Hobo with a Shotgun' on them.

It also didn’t help that he was shacked up with two pornstars, sorry, his goddesses, and had his kids run around in that environment. Although, his ex was just as bad of a role model for the kids. He might have made enough from his tour to live comfortably for awhile and seeing Ashton Kutcher tank Two and Half Men in his place shows that in the battle over his ability to be replaced, he’s ‘Winning’ but he’s still a d-bag for screwing all this up in the first place. And that is the torpedo of truth, armed and ready.

Lindsay Lohan – From Disney to Lockup to Centerfold
Should anyone be surprised at how Lindsay Lohan turned out? She took the Disney path to stardom, turned in a few performances of note as an adult and then bottomed out in a bottle. She’s been to rehab, jail, India, jail, rehab, jail… and was she in jail? Oh yeah, that’s right, every time she’s gone to jail, she’s been back out because she’s a non-violent offender. Well, so what?

In February, she stole a necklace, but served house arrest. Then, she failed a random drug test but no additional punishment was given. She screwed up again and had her probation revoked. She ended being sentenced to 30 days in jail of which she spent 5 hours. So, clearly there is no reason to think she’ll stay on the straight and narrow, because every time she gets put in jail, she’s back out.

So, she’s on the list because she continually mocks the justice system and gets rewarded for it. She also ruined what most men would call an excellent chance to finally see all the goods. She’s in Playboy and from the cover photo, she looks bad. She hasn’t looked good in a long time, but the effects of her lifestyle has taken its toll.

Brett Ratner – Heisting is for f**s
He’s a bit brash and a pompous jerk. Not just when he’s playing himself on Entourage, mind you. But he managed to screw up what could have been a great Oscar telecast by going on Howard Stern and saying that ‘Rehearsal is for f**s.” That won’t win you any points in Hollywood.

Really, what he said is no more than what teens say out on the playground and if you take that too seriously, you need to grow a thicker skin. Yet, he did do a stupid thing and for that he’s a d-bag. He had a chance to make the Oscars bearable after the ridiculous James Franco debacle this past year. He screwed the pooch on that. Thankfully, Billy Crystal came out of hosting retirement to save the day.

And the winner is… 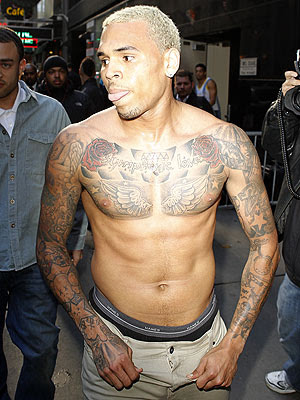