What Happens When You're Not Paying Attention to Kids

Every now and again, my kid gets out all her old toys from when she was two or three and plays with them.  This cause my wife and I grief because the house gets littered with all her stuff which then has to find its way back into her room with enough space left for her to fit at bed time.

Most of the time she sits there playing with a few toys while watching television.  The ability for me to get some time to watch the backlog of my recorded shows is null unless one of those shows has Dora in it.

The rare occasions when she goes to her room to play allow me to watch television but I pay for it when I see the mess she has made in her room.

Today, she proved once again she is smarter than both her parents.   While I wasn't paying attention, she pulled this off all by herself. 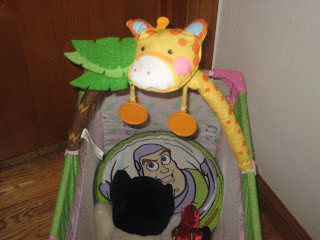 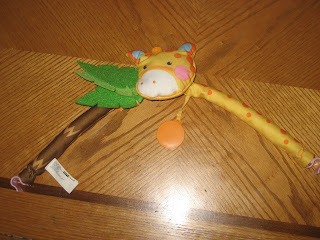 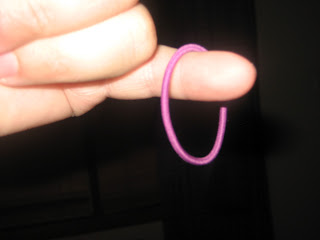 One of her pony tail holders 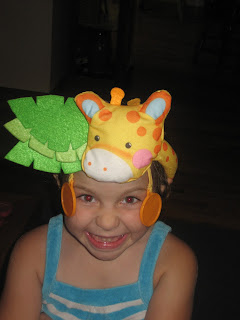 She showed it to me and I did not make the connection.  It never once dawned on me to ask how she managed to make this headband.  Then I actually looked at it when she took it off and put it down. 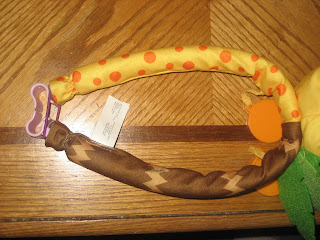 She took the pony tail holder and looped it around the ends of the cross bar.

She's five.  Now, I am biased when it comes to how smart she is.  I think she's a friggin' genius.  How many five year-olds could come up with this idea and application using two unrelated items?  This is not the first time she's engineered something like this.   When she was four, she assembled her own decorations.

Then again, she uses this thing to pretend to be a giraffe. 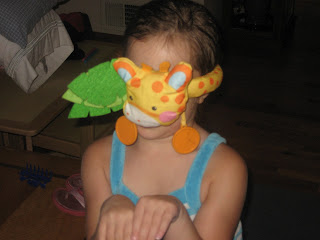 Its like you read my mind! You seem to know a lot about this,
like you wrote the book in it or something. I think that you could do with some pics to drive the message home a little bit, but
other than that, this is fantastic blog. An excellent read.
I'll definitely be back.
My website: how to reduce belly fat