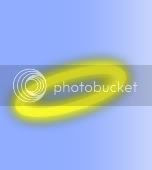 There is a lot of pain and suffering in the world today, whether it is from personal strife or environmental disasters.  In my hometown while I was growing up we used to have a yearly telethon devoted to the Heart Fund Association.  It was a pledge drive led by a local reverend by the name of Hart.  Ironic, huh?  From what I remember, a weekend was devoted to the telethon and our local public access channel broadcast all the goings on that were happening down at the fire hall in town.  There were variety acts and other assorted activities devoted to getting viewers to pick up their phone and pledge money towards a good cause.  I even wanted to get in on the act and told my parents that I wanted to donate $5.00.  I had a dual purpose.   One was to do a good thing.  The other was so that I could hear my name as they read the list of donators.  Even at an early age, I wanted my 15 minutes of fame.  The point is that this was a very small operation limited to the viewing area in and around my town.  The outside world did not have much of an opportunity to give there hearts, as it were, for a worthy cause.

Today, a worthy cause is just a click away.  Hurricane relief, Tsunami relief, 9/11, you name it; everyone has a need for donations.  And it's not to say that any of those are a worthwhile cause.  In fact, had it not been for the Internet, a substantial portion of donations to those causes would never have materialized or would take months to tabulate and account for in their books.   Having a link set up on the web reaches an unlimited amount of people with little work to be done other than account management, search optimization, and advertising.   And it doesn't have to be just about donating to disaster relief funds or impoverished areas.  There are worthwhile causes all over the internet just waiting for your charity dollars to help them meet their goal.   Even eBay has the ability to designate, organize, and promote listings that help raise money for worthy causes.

However, for every website that implores you for donations to help natural disaster victims, there are more devoted to bilking your kind heart of money for their own personal gain.  For every animal shelter that promotes their participation in a contest to get a million dollars for renovations and operating capital, another website offers to sell you pug puppies from Africa real cheap because some doctor had to relocate and couldn't keep them.  You pay the money and the dogs mysteriously become held up in customs and you need to pay more money and, well, you get the picture.    For every State's Treasury Department website that helps people reclaim lost earnings there are hundreds of bank of Nigeria type scams that are willing to share millions of dollars with you for no reason other than they had a political uprising or a death in the royal family and they want to give that money to a total stranger.  All they need is your banking information.  Sure, why not?

Truth be told, the Internet has unlimited potential to generate money for wealth and profit.  It also has the ability to generate greed and corruption.  It's a faceless entity living in cyberspace.  There is a certain anonymity that allows for an element of ambiguity.  Sites can spring up at a moment's notice.  Website addresses that look official are bought and operated with no background checking.  Anyone can generate a site with a name of an existing cause or company as long as that name isn't already in use.  In fact, during the dot com boom of the 90's, domain names were bought up with the forethought that they could be sold like stocks later at a premium. Take Pizza.com for instance.  The guy bought the domain in 1994 for a mere $20.   This past year he sold it in auction for $2.6 million to an anonymous bidder.  Taking a cue from Vodka.com's $3 million sale to a Russian Vodka company, Clark decided to try and unload the 15 year old parked domain that he had bought in hopes of enticing a buyer.  Of course, there has been no news of the sale actually being completed.  His chance at millions may be another lesson in the anonymity of Internet bidding without paying.

For every legitimate auction on eBay, there is a plethora of Everything Else Auctions.  These auctions shamelessly ask for hundreds of thousands if not millions towards self serving causes.   Most ask to pay off their debt or help them pay for surgery.  The fact that there are so many of these similarly listed auctions reeks of scams.   Fortunately, most people are smart enough to not pay for them as a lot of these listings close without a single bid.  However, there are a lot of auctions for items with supernatural properties that do successfully get sold.  Wiccans or whatever those wacky kids call themselves these days advertise and sell all kinds of jewelry or supposed magick artifacts for real money everyday on eBay.   These people would sell the same items in a store or on the lawn of a university student union just the same but with eBay they have the ability to market their alleged magical items to millions of potential suckers.   How can they be considered legit?  Most likely, they fall into the category of Totally Bizarre, Weird, or Slightly Unusual. The smarter eBay sellers have done their homework and designed their auctions to be seen as a "for fun" with no real intention of their items being considered really legitimately magical or haunted.  There are so many genies or dijins on eBay you'd think we shouldn't be in a recession because everything is getting their wishes granted.  The fact is that the items in these auctions are no more real than the X-ray glasses in the back of Boys Life magazines.  They are allowed on eBay because the auctions are structured in such a way to entice buyers but not violate rules.  A few phrases like "Entertainment Purposes Only" or "Results May Vary" keep them in the good graces of eBay policies.  Perhaps if I buy that Time Machine I saw on eBay, I could go back like Uncle Rico and relive my glory days....or at least go back to the early days of eBay and take advantage of the loose policies on certain auctions and make a fortune selling things like "List of McDonalds' Monopoly Rare Property Stamps" or eBooks on "eBay Zero to Hero."

The Internet is Only Slightly Evil

Why only "Slightly Evil."  The Internet is neither inherently evil nor good as I've said before.  It's what you make of it.  In this case, the world has had enough time to catch up in terms of protection.  There are websites devoted to sniffing out hoaxes, scams, and other schemes.  All you have to do is go to your friendly neighborhood search engine and enter in some of the text from an offer or site and add keywords like scam, hoax, etc. and most results that bubble to the top will address the issue.   In the case of charities or organizations, do a little investigating with sites like the BBB and the IRS. You can also do a whois look up on the domain to see if it's a real cause.  Granted, there is a lot of work involved in separating the good guys from the bad guys but if you don't want to end up dealing with the loss of your savings or identity it's in you best interest to do so.  After all, it takes less time to investigate a suspicious site than it does to reclaim your savings or take back your identity.

IRS site for Tax Information for Charities & Other Non-Profits

Founder Todd Davis challenged thieves to steal his identity which he arrogantly claimed was safe because of LifeLock.   He even advertised his social security number as a dare to anyone.  Someone took him up on that and ended up getting a $500 loan with his information.   Now the company is being sued for false claims of insurance against identity theft.   More proof that if you give thieves the tools to take you for a ride....you deserve to ride shotgun.