This is a continuation of a previous entry entitled Grand Theft Auto 80010514.

Here's an update on my plight. When last I left you, intrepid reader, I had received word that SONY is going to have my PS3 brought in for repair. This past Tuesday, May 6th, 2008, I dropped my PS3 off at the UPS store with an overnight label provided by SONY. According to UPS they have received the unit and now the wait begins. Customer Service informed me that turnaround is usually 14 days. Since I did not actually purchase my PS3 in a retail outlet, I have concerns. I went through an Incentivized Freebie Website and gained enough referrals to have Transcendent Innovations buy me one. I included a copy of the slip that stated the price, the billing party, and my shipping address from Amazon.com, but I suspect that SONY will try and claim that this is not a warranty repair since I did not provide enough proof of purchase for them. The customer service rep on the phone did not have anything negative to say about this but then again, I don't think English was his first language. I contacted TraInn.org about getting a better copy of a proof of purchase but haven't received word yet. They have been excellent at fixing any issues I've had up until now, so I'm giving them the benefit of the doubt on this. It just goes to show you that keeping receipts is a good thing.

I've never had to deal with SONY customer service or repair for any issues before but I've heard horror stories. Unfortunately, I don't have any link proof. You'll have to do the work yourself on checking my story. However, close friends have passed along tales of replacement PS3's with refurbs that don't work, twice. There is a distinctive mark on the side of my PS3 that has been documented by me for quality assurance purposes. I also have written down the serial number and have taken copious pictures of my PS3 to ensure that they don't try and pull a fast one. My only problem is a digital camera flash tends to reflect off the shiny surface and it's hard to get good lighting in my house. Below are the pics. Hopefully, they won't find it too dusty to repair under warranty. Granted, my PS3 is nowhere near as dusty as the one in the infamous consumerist story, but you never know. 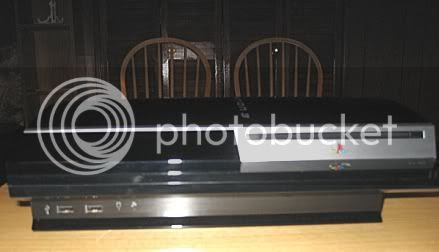 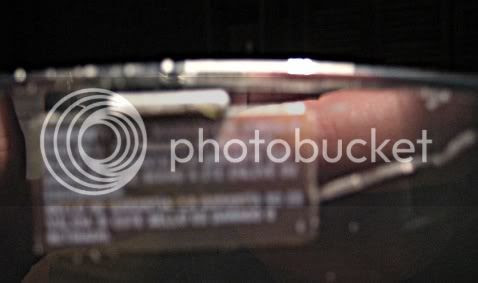 On the game front, Best Buy was super willing to accept my return of GTA IV for a gift card credit. I spoke to a supervisor there and he authorized the transaction and as of yesterday, I have a gift card in my possession. I have still not heard a reply from usa@rockstarsupport.com, which bothers me. Kotaku, the website that originally broke the news about the GTA IV freezing issues, listed a possible fix that came from Something Awful forums. It looks like neither party wants to accept full blame but here's an interesting coincidence. A coworker of mine was telling me how she is selling her Wii because her kids are so involved with the PS3. However, they had to return it for repair because something went wrong when her son did a system update. Their PS3 won't read discs, now. Sound familiar? Random issues are just that random, but this is two exact problems in the same office building. Cue Rod Serling.

As more information becomes available, I'll keep you informed. Until a solid fix comes out for what's been happening, I'll just hold onto my gift card and wait to repurchase GTA IV. The game has me frothing at the mouth but the issues have me steaming from the ears. I can only hope there is a fix in the near future. I can only play Vice City Stories for so much longer. Luckily, I had forgotten to finish it months ago, giving me a taste of GTA goodness. In addition, since I really didn't get to play GTA IV before it froze on me, I don't know what I'm missing, other than my PS3.

Status Date:
Wednesday, May 07, 2008
Status: The unit you are inquiring about was opened and assigned on 5/7/2008. Please allow 7-15 business days from the time we received your unit to complete your order not including shipping and handling time.