For our second round we have the cream of the A – D List of celebrity d-bags. These people, who we seem to want to live vicariously through with everything from TMZ stories to Twitter feeds, have taken great pride in being exemplary at the art of being a d-bag.

Mel Gibson
Another repeat offender. A few years ago, Mel went on a bender and was pulled over in Malibu. He went off on a anti-Semitic / misogynistic rant with the arresting officers. He apologized, sought treatment, divorced, and had a baby with Oksana Grigorieva, a Russian pianist and recording artist, mostly phone messages. Then the real fun began. The Gibson Sessions began coming out as a series of taped phone calls between Mel and Oksana. They should be on iTunes sometime next year. Quality stuff like the instant soulful classic, “You Make Me Want To Smoke.” It may rival Alec Baldwin’s funkadelic, “You’re a Rude Little Pig” from a few years ago in terms of downloads. Still, Mel found time to play with his Beaver in The Beaver and even pal Jodie Foster came to his defense. In all this, you know a comeback was just waiting to happen. Then Mel got dropped from The Hangover 2 and well, that just made it all worse. You Make Me Want To Smoke
by Mongo Angry! Mongo Smash!


Miley Cyrus
The tween sensation cum bong smoking young adult has had a pretty trying year. Prior to turning 18, Perez Hilton decided to post and mark up pictures of her on tour causing his own d-baggery and possible criminal charges. Then she finds out her Mom went from being all achy breaky with her Dad to doing the Unskinny Bop with Bret Michaels, who she sang with on Good Morning America in June. After that, she turned 18 and went downhill. It’s almost as if she looked at her life and then looked at Lindsay Lohan and said, “Yeah, that’s what I want to be like.” Think of it this way. Both were Disney kids. Both had/have a singing career. Both have had risqué photo shoots. (Possibly even nude photos of Cyrus have surfaced, though it’s undetermined if it’s her or when they were taken.) And now, booth have been found out to be doing drugs. Ok, you can say that smoking Salvia isn’t exactly illegal, but when you see a video of her hitting the bong and then making less sense than the Yip Yips from Sesame Street it’s not pretty. Why is she a d-bag? She may be 18 and may be an adult and quite frankly, she's old enough to do what she wants, but her fan base is still under age and impressionable. Not every Hannah Montana fan turned 18 when she did. You can blame the celebrity and media all you want but then I say to you, “Not one of those Harry Potter kids got busted for anything.” Although, Harry Potter did show off his Whomping Willow on stage in Equus.  In the end, Miley needs to either lay off the junk or at least stop getting filmed doing questionable things. 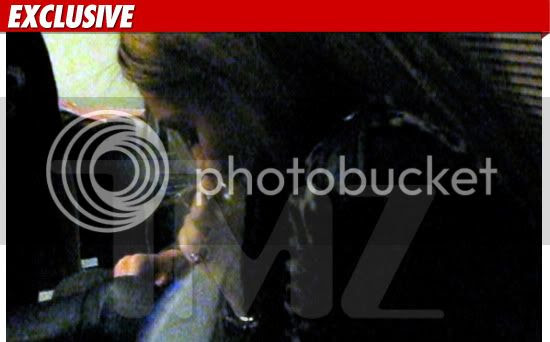 Lindsay Lohan
Where do you begin? Rehab, Jail, Rehab, Drugs, Funny or Die. By the way, Lindsay, Funny or Die is the name of the website, not your choices for what to do with your career. There’s not much you can say that hasn’t already been said by everyone else.  Although, the biggest moment of d-baggery was the fingernail scrawled with FU in the courtroom. Who was that for? Take your punishment, get clean, write a book, make a comeback and fall off the wagon again.   You're still young.   Really, it is time to take stock and get your life back on track before you derail even more. The bottom never looked so good, right? 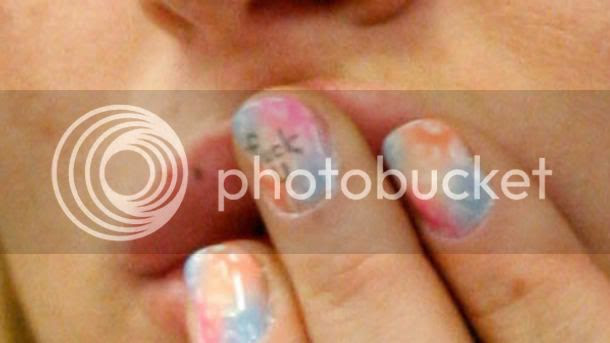 Is that a Lee Press on Nail?

Paris Hilton
Apart from being a no talent ass clown, she’s a horrible flyer. In July she was detained and released after being caught at an airport holding marijuana. Then, in August, she tried to use her Jedi Mind tricks on authorities by telling them that the cocaine in her purse was gum. Then she tried her best Austin Powers impression, “It’s not my bag, baby?” Finally, she admitted and was given probation. Then, she traveled to Japan and was denied entry because of the strict drug laws. Other sites on her Asian promotion tour are even stricter than Japan. If she’s not careful, she’ll be in a new reality show called, “The Brokedown Palace Life” Frankly, I blame the justice system. It’s obvious that giving her probation does nothing. Lock her ass up for a year. 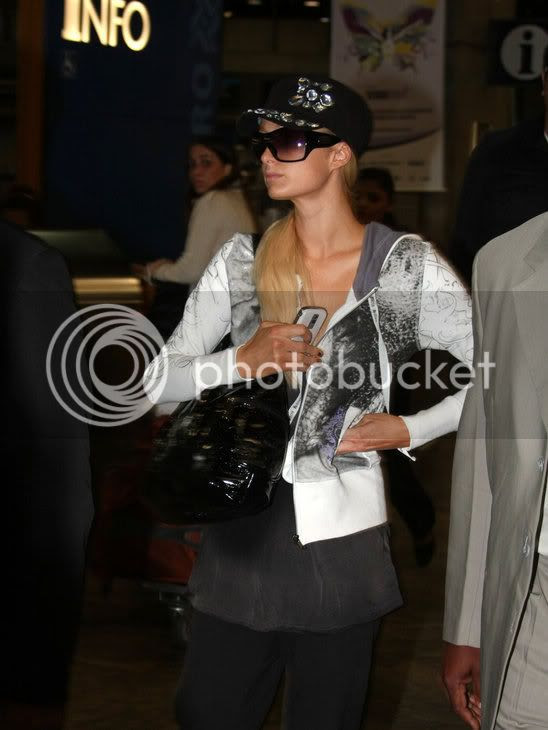 
John Mayer
“That’s enough John Mayer” was sprayed on a brick wall by Chris Griffin of the Family Guy. Apparently, he didn’t get the hint. I’ll give him this, he’s a great artist. But he’s a terrible date. The appearance on Ellen, just before the New Year, was downright ridiculous. His Twitter Battles with Perez Hilton are like two T-Rexes engaging in a slap fest. It just doesn’t really make for compelling pugilism. He basically is the Kanye West of the media world and Kanye West takes offense at that. The dude just needs to stop and take a step back. I understand, no junk no soul but let’s get a little perspective. You’d never see John Lee Hooker getting into a Twitter fight with Dick Cavett. 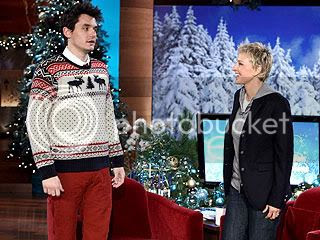 Is that a Cosby Sweater?

And the winner is?

I’ll say this was a close race. I had a hard time figuring out who was the bigger d-bag and honestly, it’s almost a shame to just give the award to someone in order to not have a tie. Still, on the whole, the biggest d-bag has got to be… 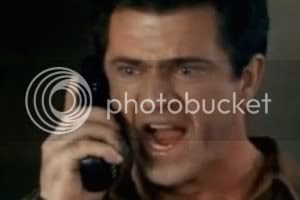 Are you recording this?

Whether or not Oksana shares some of the blame for why Mel is Mad is debatable. We’ve really only heard his side…through ranting over the phone, which makes him look like a total train wreck.  However, this is not a one shot deal.  This is a pattern of behavior that should really not be as unexpected as one might think.  Mel’s over the top behavior is almost a parody of some of his more “out there” characters.  He’s gone Martin Riggs by way of Jerry from Conspiracy Theory. If anyone doubted that his career was in the crapper, after the DUI arrest, his fit has really hit the shan.   I think he may be a threat to himself, at this point.  But then again, even Roman Polanski won Oscars after being accused of rape. As far as the others go, Lindsay is almost on her way out and Miley may just be going through some growing pains. John Mayer could be a nominee next year and that would probably make him a shoe in. Paris? I don’t want to give her any awards for anything. Let’s just hope she goes away.
Posted by Mongo at 12/23/2010 12:03:00 AM

Still think Jesse James should have been on this list. Cheating on your awesome wife with a skank, while adopting a baby? Total d-bag.