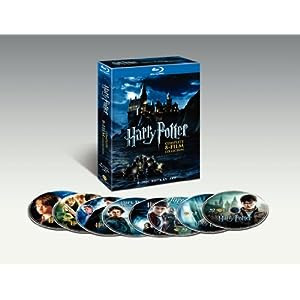 ﻿OK, so I didn't get LOST for Christmas last year.   And, it doesn't look like I'll be getting it this year as my wife and I are desperately in need of new appliances and some furniture.

I've been hesitating on buying some DVDs because Blu-Ray is slowly creeping its way into my home.  I also didn't want to just go out and buy the Harry Potter films or other epic sequel sagas because eventually, once their done, they will release all of the films in one packaging.  And, from what I remember, the first editions of Philosopher's Stone and Chamber of Secrets were rather scant of good extras and contained rather juvenile remote based games for kids.  But looking at that collection, now on Blu-Ray, I think I may have to just wait a little longer.  It appears that this is mainly just the eight movies and not much of the special features I would love to see.