The Year Of the Magnificent Bastard

Yes, the magnificent bastard is a character.   He is one that has his own agenda and has every angle covered.  Just when you think you have him cornered, he slips through your grasp.  And you have to admire how he does it.  But there is more to being a Magnificent Bastard than being evil.

He’s lovable.  He’s the antihero.  He’s a swashbuckling, smuggling, whisky swilling sonofabitch that you just have to adore.   By the end of the story, you’ll be rooting for him.  He’ll probably take off with your purse, but come back to help save the hero when he’s most needed.

The Magnificent Bastard has morals and a code.  He’s not there to impress you, he’s there to get the job done.  He’ll be the one that walks into the bar and owns the place.  He’ll notice you, over there with an empty drink, trying to get service, and with a flash, he’ll have the bartender’s attention and will have your drink refilled along with his.   As much as you don’t agree with his stance or his methods, you have to respect the asshole for being true to his craft.

He’s a lovable jerk with witty repartee that doesn’t mince words.  You better be of quick and rapier like wit if want to engage him.  And don’t think that brute force will be the best way to beat him, because the harder you come at him, the easier he has it evading attack.   And don’t worry, he’ll buy you a drink to celebrate your loss.

Even the staunchest lady in the room can’t help but smile when the Magnificent Bastard comes around.  She thinks he’s crude and inappropriate, but deep down, she’s on his level.  The Magnificent Bastard doesn’t waste his time with those who are so quick to be offended or aren’t on his level.   If he engages you, he knows that you aren’t porcelain.  He sees in your mind that you’re just as twisted and depraved as he is and it’s about time you two get to know each other.    He’s not out to treat you like a gentle lady, but he does abide by customs.  He’s not here to rescue you, he’s here to debate you.  He’s out to get under your skin and ruffle some feathers.  You may want to throttle him, but you’ll still be smiling as he steals your heart.   Will he goad you? Yes.  Will he tease?  Yes.  But that’s because he’s interested.  Debate and argue are part of his charm.  But he never aims to maim, just have a good time.  The thin skinned lass and lad should stay clear, because the Magnificent Bastard doesn’t pull punches or go easy on you.  He’ll push you to your limits just to get a rise out of you.   He’ll steal your cookies but you won’t go hungry.  He'll be inappropriate and will make you blush, but in a good way.

Try as you might to hate him, at the end of the day, when you’re all alone, you’ll find yourself smiling.   But why?  Twenty minutes ago he had you so pissed off about his not agreeing with you on such trivial matters, and now… smiling? Yup… that’s what happens.

Let us embrace the one, the only, Magnificent Bastard.  Friend to all, enemy to those who truly deserve it. 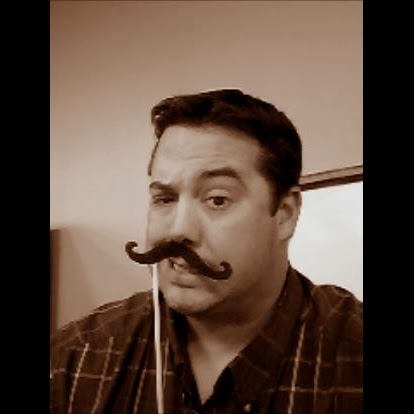