Everybody in the entertainment industry comes out with a list. I've done it with video games. AFI comes out with a new or revised list so much they've almost killed their credibility. Recently, Entertainment Weekly came out with a 25 Greatest High School Movies of All Time list. While I agree with their categorization of those flicks, I do believe we can beat a dead horse just a little more. So, I offer you the 50 Greatest High Schoolers On Film. There is only one rule for this list. It will be a High School Musical free zone. No Zach, no Vanessa, none of that. I don't even want to think about it. In order to be fair to all involved, I've decided to break it down by social class. We have the Jocks, Bitches, Studs, Bullies, Babes, Freaks/Geeks, Slackers, Dead/Undead, Nerds, and all around Bad Asses. In each category there are five teens starting at the bottom and working our way up. So, here we go. 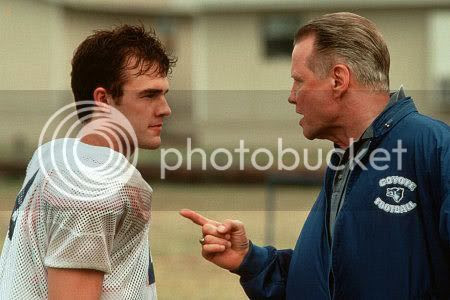 Dawson grows a set in this look at Texas high school football fanaticism. It's not Friday Night Lights, but it has all the major themes of tyrannical coaches, win at any cost attitudes, and choosing to lead vs. following the pack. While he doesn't quite grasp the concept of a team sport, he understands the concepts of high school fame at the cost of your future. While he does lead his team on the field, he puts a good General in place on the sidelines with the gimpy, ex-quarterback played by Paul Walker. 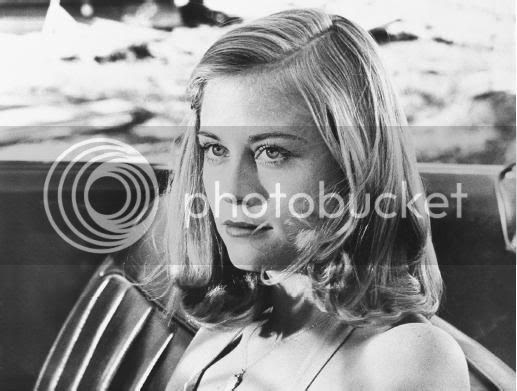 The town of Anarene Texas boasts a pool hall, a theater, and the Number 1 and 2 seductress within the same family. Sherpherd's film debut as rich, homecoming queen, Jacy Farrow has three boys vying for her attention. Manipulative and smoldering, she gets to play the role twice with the 1990 sequel, Texasville. Now, a world weary traveller experiencing a life of acting and one of death, losing her son, she returns to stir up more trouble in Anarene. 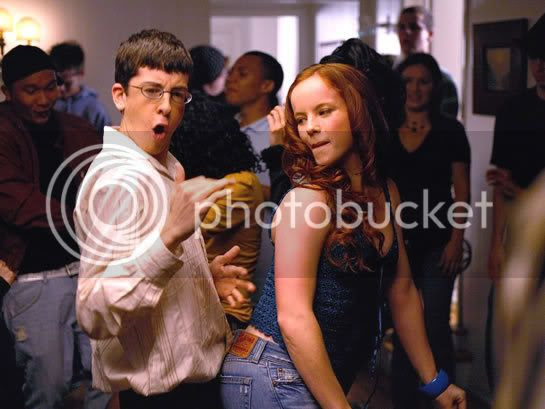 Who's the man with the fake ID looking out for his homies? Who's the cat hanging with the cops when there's danger about? (McLovin) Chick-a chick-a yeah! Booya Mutha..(Shut your mouth.) I don't care what you say, he got drunk with the cops, is the only one who came close to getting laid, got hauled off by the cops, and blew up a car. Now, tell me he's not a stud. Break yo'self, FOOL! This under the radar film was an HBO mainstay during my high school years. Paul Stephens takes eco-terrorism to a new level while trying to be clever. Looking more like MacGruber than MacGyver, the extremely bright teen devises a way to break into a secret government lab using shampoo, glitter, Frisbees, a remote controlled car, and pre Sex in the City Cynthia Nixon. Constructing a nuclear device that counts down in increments that only John Lithgow can understand he makes his point that "Not in my backyard" isn't just a statement, it's a declaration of nuclear retaliatory readiness. "Queen Bee" Regina heads up "The Plastics", a clique in charge of the school where Lindsay Lohan struggles to fit into the mix. Regina is a figurehead which needs to be taken down but cutting the head from this snake only serves to replace it with Lohan's, Cady. Still, Regina has her own set of bitchy qualities, such as spreading rumors about best friend Janis' sexuality and setting Cady up to see her crush being kissed the bitch herself. It seems like the only thing that could really take her down was a bus. 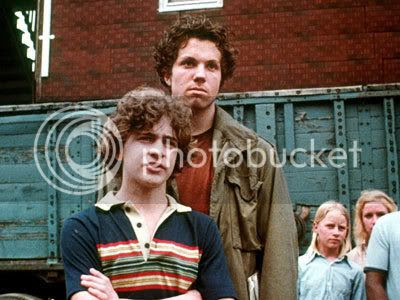 Unrelated, yet more talented than 3/4 of the actual Baldwin Brothers, Adam has made himself the Bruce Campbell of television by appearing in several cult shows as well as high profile spy geek show, Chuck. However, it was his film debut as the brute for hire that gave us the number five bad ass. Suspected of killing his younger brother, the sullen Linderman is the inspiration for extortion by Matt Dillon's, Moody. When Clifford Peache decides to hire Linderman as a bodyguard, he befriends the loner and finds out the real pain that Ricky has been living with over the years. 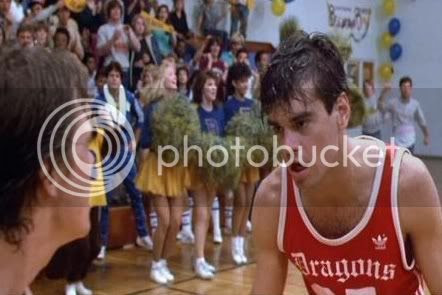 While Scott Howard dealt with lycan puberty he always had to have one yellow eye fixed towards his nemesis, Mick McAllister. Mick was the star player for the Dragons and dated the hot chick from Scott's school. Even though Scott became the wolf and a threat to Mick on and off the court, Mick never lost animosity for the animal and never backed down, even during the win or go home final basketball game. Even though he was beaten in the end, he showed his true grit and never became a joke. 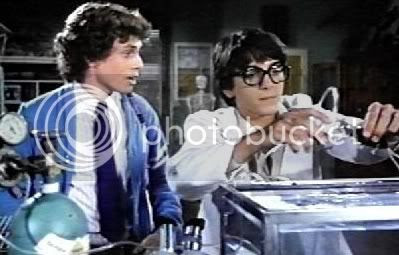 Not so much a nerd but a freak with powers of telekinesis, mostly put to use for removing clothes from girls, Scott Baio played down his real life role of Babe Bedder to play Barney in yet another HBO 80's staple. He sucks at baseball and can't get the hot girl, Heather Thomas, so he uses his powers for no good, with help from his gutter minded pal Peyton. After his powers prove to be too much for him he decides to abandon fame for the mousy Bernadette.

Dead and Undead
42: Mark Kendall (Jim Carrey) from Once Bitten 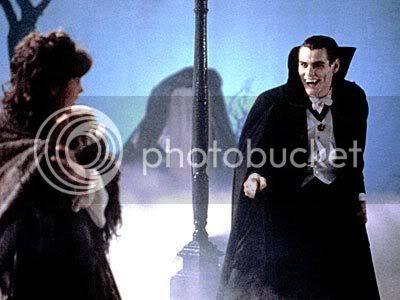 Almost ten years before he started talking out his ass, Jim Carrey played a high school student seduced by Lauren Hutton's gap fanged vampire called The Countess. While, not yet the undead, Mark Kendall begins showing all the symptoms of being a vampire, drinking blood and avoiding sunlight. However, it takes three shots of virgin blood to keep The Countess young and the only way to save Mark's soul from damnation is to sleep with him. Yeah, I'll buy that. 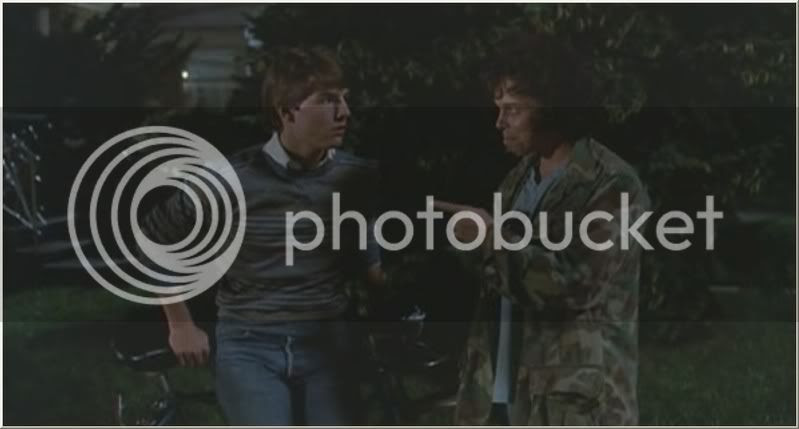 Before picking his nose with the nerds or snorting pure snow with Lane Meyer, Curtis Armstrong debuted opposite Tom Cruise as Miles, the philosophical slacker who believes that sometime you have to just say, "What the f*@k!" While not helping Joel in his brothel business, Miles had to prepare for a trig midterm while being chased by Guido, the killer pimp. That's a lot of work for a slacker to do, but "What the f*@k!"