Continuing on with our list. Here is the next set of 10 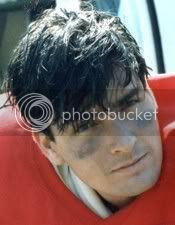 In the world of film high schools, the jocks are supposed to either be the protaganist or the antagonist. More often than not, they are usually the heel. They make the smaller and weaker main character have to rise above their pranks and compete for the affection of the "out of their league" girl. However, Cappie was a protector of sorts for Lucas in the sense that he had contracted Hepatitis, (perhaps a bit of forshadowing of Sheen's personal life being a regular of Heidi Fleiss' call girl empire.) and Lucas brought him his homework so that he didn't fail school. While Cappie does end up with the girl, you can't hate him. Deep down we wish all the jocks were like that in school.
Babes
39: Marilyn McCauley (Kelly Preston) from Mischief 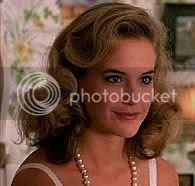 The 80's were rich with gratuitous nudity in movies. Kelly Preston was one of the few who never seemed to mind. In fact, there were only a few instances where body doubles were used in place of the actresses' real assets, Tuff Turf and Zapped! come to mind in their usage. However, what red blooded 80's teen in America can say that they didn't wish they had DVD quality pause and zoom capabilities when Marilyn McCauley took Gene to bed while her dog watched? Holy cow. Mrs. Travolta only got better with age, come Jerry Maguire. 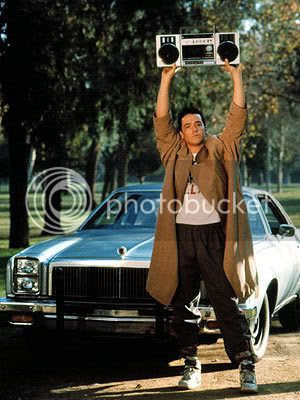 Call "Bullshit" all you want but Lloyd was a stud. He got the girl that was out of his league. Who here tried the boombox trick? Anyone? I did it. Now, you may think I'm crazy for putting Lloyd so low on the list. I apologize but I didn't have a hero category and I felt Mr. Dobler belonged on the list somewhere. Since he's into kickboxing, "The sport of the future," I almost threw him into the Jock category but I felt I was lacking in studs so I made room just for him in your eyes. 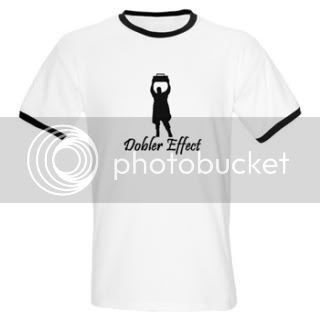 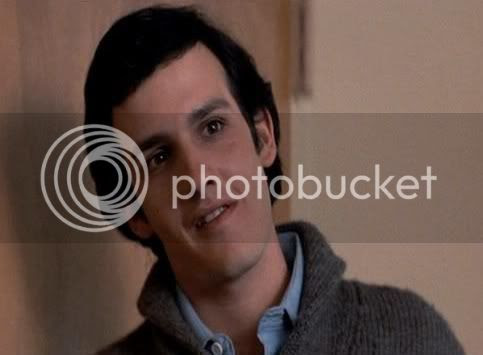 The hair, the glasses, the clothes. Arnie Cunningham embodies nerd-dom in the Carpenter directed adaptation about Stephen King's killer car. The only who understands him is Christine and she will do everything in her power to protect him. Ultimately, Arnie pays the price and dies at the hands of her lack of safety features like air bags. 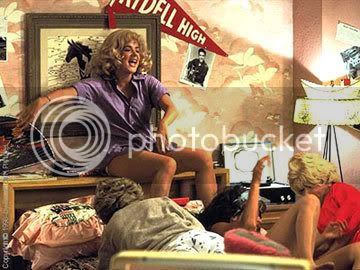 As leader of the "Pink Ladies" Rizzo makes the call on whether you're too pure to be pink. She doesn't have the blonde and petite looks of Sandy, and that only drives her to make fun of Sandy's inability to handle one cigarette, eh, eh, eh. However, deep within Rizzo is a tortured soul who knows that she is not what she seems to be, especially when she finds her self unsure that is pregnant by on again, off again boyfriend, Kenickie. In the end, she ends up not pregnant and perhaps a little nicer. 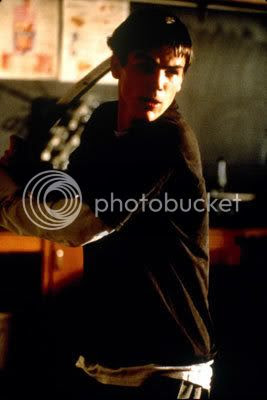 Sometimes the bad ass isn't what he seems. Sometimes he's a smart kid that just happens to be repeating senior year because he doesn't care about graduating. Zeke is just such a bad ass who sells a pixie stick style of drugs made mostly of caffeine. But when the school becomes a breeding ground for aliens, he goes into kick ass mode as he doles out the death with a pen to the eye of John Stewart. By the end, he's wised up to applying himself in class and on the football team as well as getting to nail Famke Janssen's "Miss Burke ." 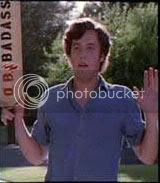 Y'all ready to bust some ass? Fred O'Bannion is the typical hot headed, grade repeating, foul mouthed, and ignorant bully. He hangs around the ballfield waiting patiently for Mitch Kramer to finish up his game, just so he can give it to him real good. It is only fitting that his punishing ways come back to haunt him as the freshmen devise a plan to get back at O'Bannion by dumping white paint all over him while he attempts to paddle a student.
Freaks and Geeks
33:Edward 'Pee Wee' Morris (Dan Monahan) from Porky's 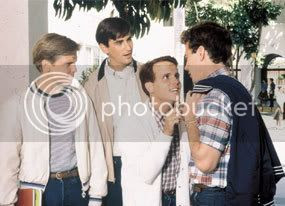 Before Superbad and American Pie there was Porky's, the quintessential high school movie of the 80's. And inside was the quintessential geek, "PeeWee." Every morning he'd measure his member, hoping for some improvement. Every day he'd hope it would be the day he'd lose his virginity. We can all relate, I'm sure.

Danny Vinyard looks up to his brother. He wants to be like his brother. Unfortunately, he doesn't get the chance to turn his life around like his brother. The film is essentially narrated by Danny in his redux paper on American History X, detailing how his brother changed after going to jail for murder. One simple act of intolerance leads to Danny's murder the next day in the bathroom. His paper ends with part of Lincoln's Gettysburg address as he dies in his brother's arms. 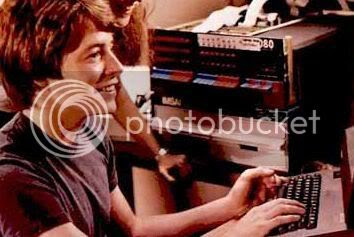 "Shall we play a game?" Those words nearly spark WWIII from the comfort of a slacker's "high tech" bedroom. Lightman is the ultimate underacheiever. He's forced to go to summer school, but uses his computer know how to change his grades. Truly, if Lightman had applied himself, he probably could have been the next Steve Jobs or Bill Gates. Instead he saves the world by teaching a computer to play Tic-Tac-Toe. Now, if only his parents could get him to fasten the lids tight on the garbage cans.