CafePress Shopkeeping Now It Is For Real.

I have officially ended my free trial period and am now a full time Premium Shopkeeper, that is according to my email that states I’ve just been charged $59.95. What does that mean? I have money in my account….thankfully. It also means I am on the hook for $5.00 every month. As a basic shopkeeper I was getting free use of my shop to create and promote one design per article (shirt, mug, button). Now, for my monthly fee, I am able to create and produce several designs for the same article, customize my storefront, and create sections and sub sections for better organization of my designs. To top it all off, I am able to create a product line and import it into another section so that I can change the image, description, name, and price in bulk. Not bad for the price of a Caramel Macchiato at Starbucks.

Since opening my basic shops back in 2006, I have managed to sell four items in the span of two years. Since opening my premium shop at the beginning of March, I’ve sold just as many items in the span of two weeks. It doesn’t take a Fortune 500 CEO to see that membership has its privileges. Then again, I did more work in two weeks than I did in those first two years. Paying for something tends to motivate you versus getting it for free. Granted, with what I’ve made, I do not have to dip into my own pocket for four months. Hopefully, my stream of sales will be steady enough to show a bit of profit by the end of the year so that I don’t have to spend my own money. I’ve already made a deal with myself that if I don’t make enough to at least cover operating expenses in the first year, I’ll close up shop.

Now, if I close up shop what happens to all my stuff? I already planned for that event. If I close up shop, I will move all of my designs into basic shops. That means I will have one basic shop for every design. You see why premium is better? I would have to manage multiple sites and multiple marketing streams. It also becomes problematic because in some cases I would have to double up on a site in order to have the same image with a different background. Confused? 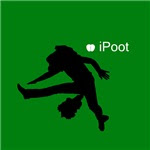 Let’s take this design for example, iPoot. Ok, so I am not above doing fart jokes. Who is? It’s a funny subject. I’m sure you recognize the context of the picture. It has a dark green background which shows up nice on white shirts. However, on the dark shirts it becomes a problem. To deal with this issue, I created three more images with the same theme but different color schemes. There’s the transparent with just the picture in black and lettering in white. This allows you to utilize the different colored shirts as the background colors in the various ads you’ve probably seen. In essence the entire shirt becomes a colored background like the small box around the original image. Then there is the inverted transparent image with no background color and all black letters and picture.

This works great for buttons and magnets that aren’t exactly square as well as apparel that have colored sleeves or use the image on the pocket like golf shirts, light colored shirts, and zipper apparel. To maximize the possibilities I used two different images on the same shirts that offered multiple colors, including black. On one shirt, I removed black as an option for one of the designs and on the other included all of them. If I revert back to a basic shop format, I would need to have two different shops for one style of shirt. Believe me, it is a lot of work to maintain separate sections on one site.

So, what has been the biggest problem I’ve had as a shopkeeper? I’ve had two which are kind of number one and two in my book. I think the biggest problem is the amount of time that goes into organization, not to mention how those changes affect searching. When I started out, I had about 10 designs which all kind of sat in my main storefront. That became rather unorganized and just kind of sitting there. I wanted to be able to have people use the store with certain ideas in mind. “I’m at Mongo’s store, not what? Oh, I see a bunch of different designs with nothing to tie them together. Bye bye.”

I went back and created sections. Designs that were inspired by Video Game Themes, Television Themes, Movie Themes, Pop Culture Themes, Zombie Themes, and Mongo Themed items to promote the blog. Within each of those sections are designs based off of the theme. Within each design section is all of the products with that design. Now, when people come to my store, they can decide what type of design they want based off of the theme and then they can see all the products that contain that design. It also serves to allow them to see a bigger picture of the design and then they can see what it looks like shrunk down to the size of the image on the product.

Searching from the main CafePress site has nothing to do with the organization of my items in my store and just allows anyone to search for a design and then see mine in the list of results. That’s where my second issue arises. I usually do a quick search for the idea I have to see if it has already been created. This keeps me from copying other people or gives me the opportunity to see how my design can be an improvement on someone else’s. It’s not copying because my thought process never used their design as a basis just as a comparison. If I feel mine is better suited, I will create it. If I don’t, I’m not going to waste the time designing the artwork and then competing with an established design. 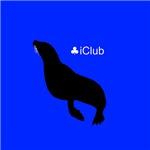 However, if I see a lot of themes playing out, I will consider mine to be listed among them. Different designs, different logos, similar concepts. For instance, I am an animal lover. I have four cats, how can I not be one? Anyway, I saw a button a few years ago that parodied the “I Heart Something” shirts. Instead of the letter “I” and the graphical depiction of the Valentine Heart it was the letter “I” and the graphical representation of a playing card Club Suit and then a picture of a baby seal. In essence, “I Club Seals.” Crude and possibly offensive, but a clever take on the whole “I heart” genre of designs.

Oh, come on, how can you be that offended by that? I’m not advocating poaching and whaling and all that horrible behavior. I’m just making light of situation. Geez. Where was I?

Right, what I don’t like about being a Shopkeeper. Designing is tough. 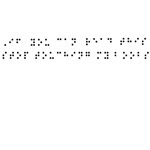 Anybody can just slap a bunch of words on a shirt, or even a picture that represents words. but to truly think up clever or unique designs takes talent and time. Again, that’s why I do a preliminary search on any idea I come up with before I take the time to go and design it. The other problem with that is that sometimes when we attempt to parody or lampoon certain themes we tend to forget the policies put in place by the administrators of the site. For instance, I did two other silhouette iSomething type of designs. One lampooned Bernie Madoff with his facial likeness a silhouette and his white hair and white lapels from his shirt take the place of the headphones in most of those ads. I simply adorned the image with the word “ iStole.” If you do a search on Bernie Madoff there are currently 92 different designs based on him being a crook or part of Wall Street’s crookedness. Mine never names him in person nor shows his picture. The Content Usage Police nailed me for it. 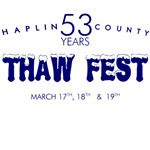 The reason was the “Right of Publicity clause makes it unlawful to use another's identity for commercial advantage without permission. A person's "identity" includes, for example, his look, voice, name, nickname, professional name, and other distinctive characteristics. For example, the "Right of Publicity prohibits you using the picture of a celebrity without authorization on your merchandise.” Now, I can totally be fine with that if I hadn’t seen so many instances of designs based off his likeliness. I opted to get rid of any physical resemblance to Madoff and go with the more obvious of referential parodies.

Another case of supposed infringement was another silhouette design with a drawing of the girl from Night of the Living Dead. Part of her face and the collar from her shirt is in white and the only words on the image is iHurt, which is the only line the character has in the movie. Ok, first off, I should probably stop doing silhouette designs. I get it. It’s a little dated. Secondly, the movie Night of the Living Dead is in the public domain. You can legally download it from some website. What happened was that Romero didn’t properly secure the rights back in the 1960’s and the film slipped into the public domain. When he and John Russo parted ways, later, it opened the door for countless non-canonical sequels, such as the Return of the Living Dead series and other bad “Dead” movies. So, the original is up for grabs. So, I did a search and found several designs based on her character from the movie. However, my design was once again nailed by the Content Police. Why? Their reasoning “Although the copyright might have expired you are still using the likeness of the actor which you cannot do unless they have provided you with an authorization for commercial resale.”

Again, I am willing to abide by that but since there are designs which utilize media stills from the movie, including the likeness of actors without their permission such as Judith O’Dea and Russell Streiner, I volleyed back showing examples and they still didn’t budge. The only saving grace to this is that the likeness in question belongs to Kyra Schon who sells stuff on CafePress from her website using her image as Karen Cooper. That’s why I didn’t fight it when they shut me down the second time. Still, there are a few out there with her likeness and the other cast members which infuriates me. I am not willing to jeopardize my store account because of this. That’s why I kind of classify this as the second ranked annoyance with CafePress.