Boston Police Department Ready To Alert You Of Zombie Invasion

Technology is a wonderful thing. It’s also scary for those hesitant to adopt it. As the youth of America become more geek advanced than the rest of the population, working adults in services that have been around for decades must tap into that inner child and learn new methods to keep up with the ever growing customer or client base. Police Departments are no exception. Growing up, we had a scanner that beeped and whistled with garbled messages from dispatch to responder. The pulsating channels of the scanner chased along like a Broadway marquee, only stopping to crackle out a incoherent message, now and then. But now, we have online applications that are available on our mobile devices that allow us to keep in touch with services at an instant and in readable text.

The University that my wife teaches piano lessons at has an email and mobile phone alert system for any lock downs, cancellations or other important information that must be disseminated to the student body and faculty. In the wake of tragedies like Virginia Tech, the ability to get a hold of this new media and communication methods is a valuable use of technology. Technology that would otherwise be used on inane activities like texting each about how boring Calc class is or what happened on Gossip Girls last night.

It’s nice to see the city of Boston, home of the first organized Police Department in the U.S., adopting new forms of media to help keep the public informed. The fact that they are using Twitter is amazing. Twitter’s stigma has been relegated to mostly competitions between Ashton Kutcher and CNN for the most followers, and the ridiculous need to know what’s in the heads of people that you really don’t want to be in anyway. Unfortunately, the accessibility of Twitter comes at a price, and that spawns unintentional humor…..and a shirt, of course.

Thanks to my good friend and the Consumerist for this one. The Twitter feed from the BPD detailed a simple injury report on one of its officers after the officer was bitten on the arm by a suspect. A follower asked a question about the nature of the injury. “If it was a zombie bite, would you tell us?” The Police responded, “Yes, absolutely.” Normally, a goofball natured question like this would be ignored and left to die on the vie. However, the BPD, set the bar pretty high on transparency and provided an official response. Now, one has to wonder if this was an automatic response or if there was some process to the exchange. Did the person who Tweeted have to get some kind of clearance to make that claim? Is there a procedure already on the books to handle a zombie situation? What would be the Police Code for such an emergency, 419 committing a 240? I would think that in a regulated environment such as law enforcement, simply placating the follower by giving him a curt response was a subtle attempt at turning the butt of that joke around, however, I think something more is going on here.

Perhaps the Boston Police are already prepared for an onslaught of living dead Slouching Towards Beantown. After all, they’ve already got shirts made up and everything… 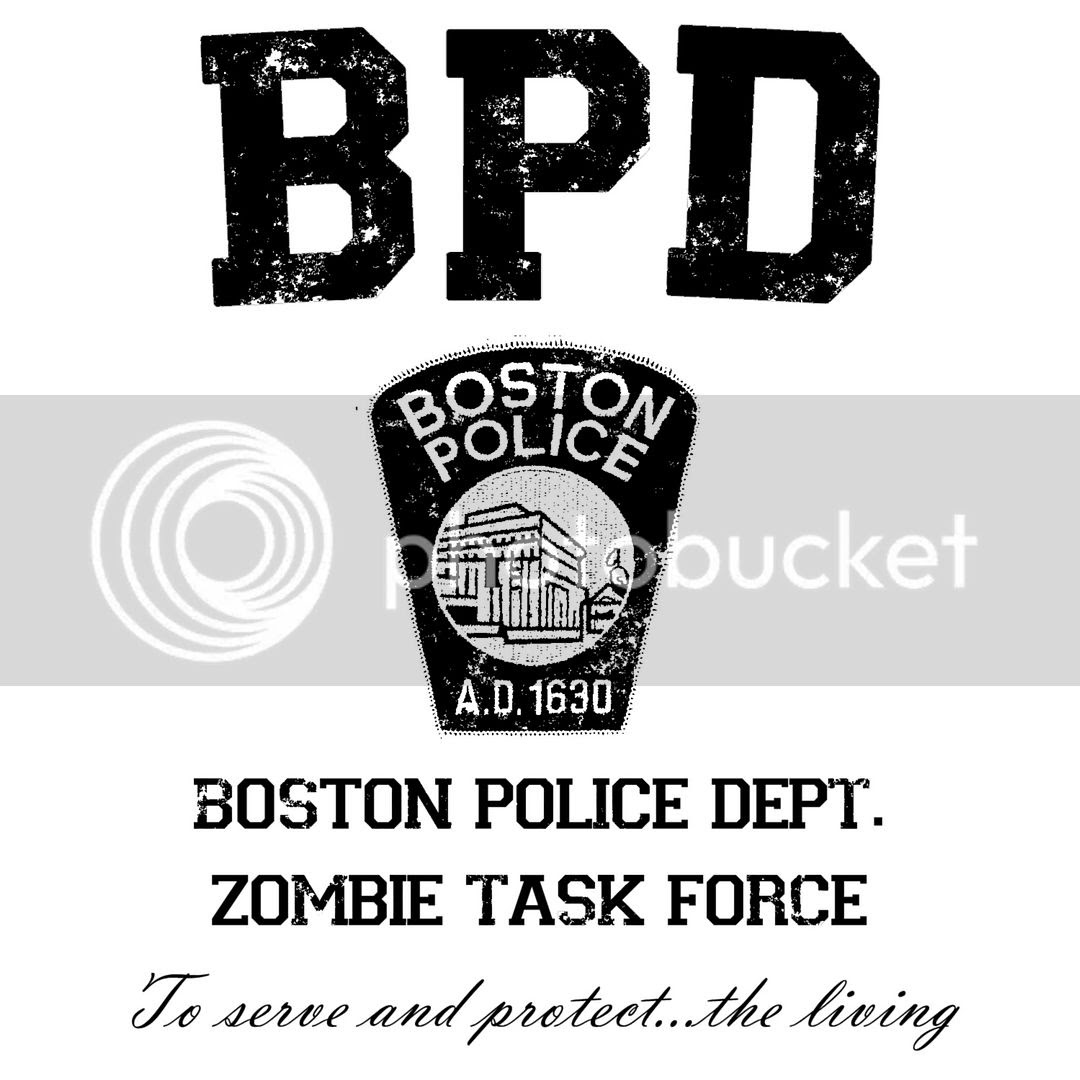 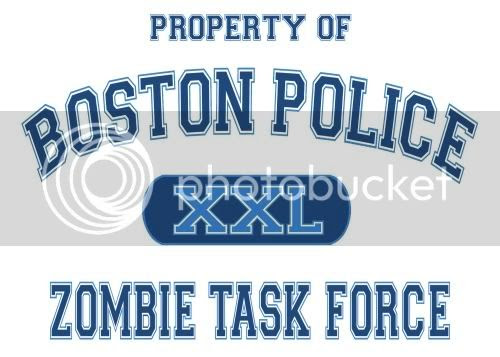