I'm A Celebrity, Get Me Into Protective Custody

Ok, by now we know that Ed McMahon, Farrah Fawcett, and Michael Jackson have died, but just a couple days later, pitchman and Western Pennsylvania native, Billy Mays, died in his sleep. Now, I don’t foresee Billy Mays taking the media spotlight away from Michael Jackson as if her were applying OxiClean to a stain, but his passing gives one pause. It’s been a bad week to be famous.

To say Billy Mays was a famous celebrity in comparison to Farrah or Michael is like saying that Britney Spears is as good a singer as Mariah Carey. But, as far as pitchmen for infomercials and other “As Seen On TV” products Billy was, as least, better than Taylor Swift. His in your face loud voice and perfectly manscaped beard was his trademark and he knew how to sell a product. From what has been publicized, Mays was on US Airways Flight 1241 when it had to make an emergency landing in Tampa. During the landing objects fell from the overheads striking Mays but he claimed to be fine. If this wasn't a strong case for some Mighty Putty, I don't know what is. Later, not feeling well, he went to bed and was found unresponsive the next morning. Apparently, we've learned nothing from Natasha Richardson.

But his death along with everybody else these past couple of weeks probably has everybody in News Media Outlets scrambling to put together a tribute video package just in case Patrick Swayze coughs. Hang in there Patrick, I’m really pulling for you.

Billy Mays is gone, yet Vince Shlomi is still getting injured on a regular basis with hookers and car wrecks. There is no justice.
Why not get your own SlapChop a Ho shirt today? 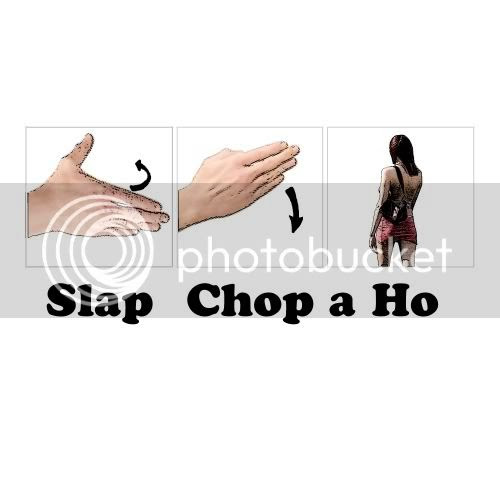 You can also Slap Your Troubles Away with this shirt. 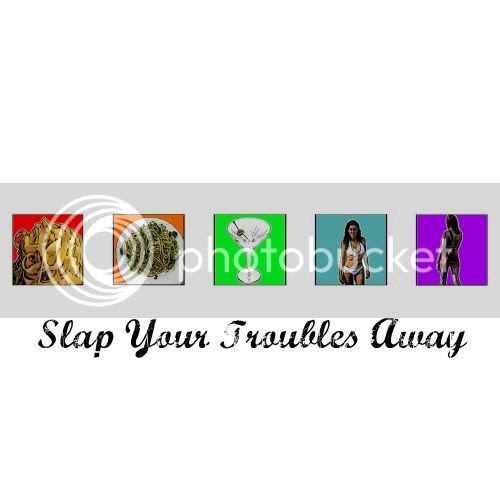 Both designs are available
at Mongo Angry! Mongo Smash! The store.
Doing a little surfing of the web brought up a ton of celebrity dead pool sites and a bunch of “Filtered by Websense” pages, sure to have some IT guys wondering what I’m doing on my lunch. However, looking at a few pages in Wikipedia, which is more reliable than CNN and more fair and balanced than Fox News…it’s sarcasm people, go with me… I've come up with a short and incomplete list of famous people who shouldn’t be running with scissors anytime soon.

Phyllis Diller – 91
Carol Channing – 88
Andy Rooney – 90
Elizabeth Taylor – 77
Betty White 87
Abe Vigoda – 88… wait he’s dead… sorry, he’s still alive…. must check my sources again
Richard Dawson – 76 Oddly enough, I forgot he was alive and as Randy as ever.
Kim Jong-il – 67 He could soon have a run in with a very large metal object that explodes on impact…
If he does die, someone find me Yoko Ono and prove to me that they aren’t the same person
Fidel Casto – 82
Half of television’s fall lineup - leaving only Wife Swap and Donald Trump to irritate me.
Posted by Mongo at 6/29/2009 07:25:00 AM