STOP THE PRESSES!  He has a WUMF out on time!

Yes, don’t let it fool you.  I’ll be back to my lazy, procrastinating ways in a month.  But, for now, enjoy this WUMF on time.

YouTube Report
OK, so it’s been about four months since I began the YouTube thing and it’s still very much a work in progress.   I can, however, report that I have finally seen some positive analytics.   I AM ON MY WAY TO MAKING $0.28!!!!!!

I have only Dead Island Riptide’s lag to thank for that.     I bought and played the original on PS3, but thought it would be a great way to get some views by playing the new one on PC and recording it.   Well, I was wrong.   FRAPS and DI:R are not a good mix for smooth FPS.  The video lagged so bad I thought I was in a reject bullet time sequence from a Bollywood version of the Matrix.

Instead of putting up a playthrough of me whacking zombies with household objects, I put up an angry rant at how bad the lag was and it has been one of the most viewed videos out of my entire collection.  So, I shifted  my focus away from straight playing and onto stuff like tips for recording old school games.   I put out a couple of one off videos of me playing with no dialogue and only music.   It harkened back to my days as a videographer in high school, when I would put together music videos, finding the right music to match the montage.   It felt familiar and fun again.

But, I just don’t have the time to do all that.  So, I continue to play games, but I am trying to spotlight more indie games than big name companies.   Helping out the little guy seems to be a good way to gain karma in the online world.   So, I’ll keep doing a regular mix of big name and little name gameplay videos.

OBX Fire Safety Week
I just want to remind you all that next week is mandatory Fire Safety Training in the OBX.  For those of you unsure of what that means.  Here you go.   And then, the cops showed up...

Stanley Cup Playoffs.
Let’s Go Pens.  That is all.

Facebook
People.  Please.  For the love of the Flying Spaghetti Monster, stop believing everything you read on Facebook.   No one will share their mythical Powerball winnings with you.    That picture won’t do something spectacular if you share or like it.   All your good deeds, here on Earth, will not be negated by scrolling past that picture of Jesus.  Just stop.  STOP! 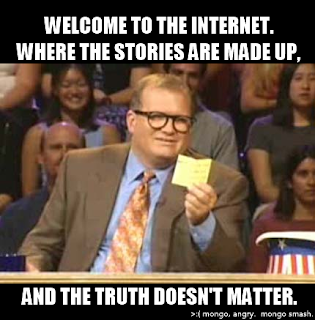