I'd like a double tall, half caf, half foam, Mocha Choca lata ya ya....with a twist.

I remember being somewhere near the age of seven when I had my first sip of coffee. It was straight up black. I don't remember if my parents always drank their coffee this way. Perhaps this was an object lesson in keeping me away from the stuff. Either way, I wanted to do a Marx Brothers' spit take right then and there. I couldn't understand the allure of this elixir that most adults required an hourly intake of to function, normally. It couldn't have been the taste that attracted them to such a potation that puckered my puss. I was told that there is something called caffeine in coffee that gave its drinker the desired effect. "Caffeine?" I wondered. What the heck is that? My question was met with a simple answer, "a drug that gives you boosts of energy." Oh, I get it. My parents are Java Junkies. They've got a burro on their backs.

Ok, I embellished a little bit, there. Actually, my parents didn't drink that much coffee, but I still couldn't understand why they needed this pot of pick me up to get going. I had no trouble finding the energy to do something. Sometimes, I lacked the desire, but certainly not the energy. I could wake up in the morning, have my breakfast, and I was off and running all day long. Back then, in a forgotten time called the 80's, we kids did something that hasn't been tried for years. We played outdoors. We didn't have Playstations or iPods. We had Ataris and Walkmans which derived little enjoyment after an hour or two. We found enjoyment in playing outdoors. Whether it was a pickup game of football or baseball, we were gone all day long until the universal signal for returning home was sounded. That sound was the buzz of the street lights flickering on in the neighborhood. Some of us tested our parents resolve with this issue by playing at the edge of our yards after the incandescent glow of fluorescent bulbs shone as bugs repeatedly bounced into and around the polls. My point was that as children we did not have the need, nor did our parents have the desire for us, to consume coffee. We ran on pure, uncut youth, the kind that had an unbelievably high street value.


Flash-forward to about seven years later at the height of my adolescence, my brother, who was an additional seven years my senior, had been close to finishing up his Bachelors of Science at the University of Pittsburgh at the time. He had gone through a few phases in college during the transition between the 80's and the 90's. There was Kenny G and Dave Koz playing the soft soporific sounds of the saxophone, skiing at Seven Springs, cardigan sweaters, and The Joy of Painting with Bob Ross. Yes, he actually bought paints and canvases and made happy little trees and clouds all over the place. He is quite talented. Now, as his younger brother, looking towards the elder male in the family to emulate and copy, I did everything he did. I wore Cosby Cardigans with turtle necks complete with French rolled Bugle Boy pants. I made copies of all his Kenny G and David Sanborn CDs....to which I made cheesy mix tapes for dates. Yes, I would drive to the movies in my parents Oldsmobile while blasting "Songbird" on the AC Delco radio with that special someone. Of course, most fads are just that, fads. In time, I opted for Faith No More, Guns and Roses, and Eric Johnson.

How to Pinch Roll, Peg, or French Roll your pants.

However, there was one fad that my brother introduced me to that stuck from that day forward. He began drinking coffee. Mind you, I was just starting high school in 1990 and the only association myself or my friends had at that time with the word Starbucks was from Battlestar Galactica (The original series with the guy from the A-Team) or the force fed reading of Moby Dick in English class. We had no idea that 3000 miles away an empire was being created. My brother had started bringing home these bags of premium flavored coffee. The bags were labeled as if they were brands of weed like Maui-Wowy or Appalachian Ass Kicker. There was French Vanilla, Suisse Mocha, and Hazelnut. Now, I'm not taking about those little cans from General Foods International. I'm talking about little bags from a coffee shop with ground up gold inside. I hesitated at first, remembering my experience from years before, but my brother introduced me to cream and sugar. Soon, I was looking to inject the stuff into my eyeballs. My world had suddenly gone from the sepia tones of Kansas to the blinding Technicolor palate of Oz. It wasn't that I even needed the caffeine, I just liked the taste. Within a year or so, he stopped buying those little bags of wonder and I started searching for replacements. I began putting vanilla extract in my coffee, and chocolate milk, anything to get that much needed flavor boost missing from regular old house blend. By the time I graduated in 1993, I had become a cappuccino fiend. I ingested coffee in every form imaginable. There was a brief instance where I loved these iced coffee drinks called Cappio. I drank them so often that, after awhile I became so turned off by them that I never touched the stuff again. Then the local mini marts like Sheetz and 7-11 started carrying these cappuccino machines that just mixed flavored power and hot water together. It was like the coffee version of crack, cheap and highly addictive. It was about this time that Starbucks finally made its presence felt in Western Pennsylvania. We had one single location on campus at The University of Pittsburgh. It was situated in the basement of the Cathedral of Learning and they accepted meal plan money. Oh, joy. I could have the high quality stuff and it was part of my college meal plan. 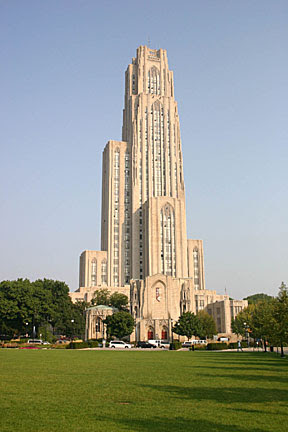 Well, here we are 19 years later and while I do not know if my brother still drinks coffee with the same amount fervor as he once did. I, myself, have been unable to completely kick the habit. As I graduated college and entered the workforce, I've been relying on coffee to keep me from snoring at my desk. However, like all good things in life, a good idea tends to become exploited. I've always been a little cheap when it comes to paying for expensive items and nowadays, Starbucks is a once in a while venture. I personally only ever order one thing there, Venti Caramel Macchiato with three Splendas. It's not because I am such a creature of habit that I only stick to one drink and never explore the menu, it's because I don't understand the culture or the terminology. The height of pretentiousness seems to be in ordering the size of your coffee in Italian and quite frankly we've gone a little nuts with the different types of preparation of the same drink. It's sad when I have to wear a wristband with all the vocabulary written on it as if I were a quarterback in the huddle trying to decide what play to run.

There are times I choose to take a break from coffee altogether. I tend to get a little cranky from the years and years of caffeine addiction and withdrawal can be such a bad thing. It sounds stupid, but my drink of choice in college was Caffeine Free Diet Pepsi. Once I acquired the taste of drinking diet there was no turning back. I also didn't want all the caffeine so I opted for the decaf brand. One particular week I had not been able to get decaf and was reduced to drinking the high test stuff. I quickly switched back to decaf with no step down plan and found myself in a Mongo like rage. A ridiculous and banal argument with my then girlfriend resulted in my shattering the windshield of my parents' beloved Oldsmobile. It was a fluke accident. I simply hit the windshield with my palm using very little force, however, my class ring which weighed about 19 pounds spider webbed the windshield and sent me into a no caffeine zone treatment program. It was quite a hard task to complete considering I don't know of any 12 step programs for caffeine addicts. Cheap adolescent theatrics aside, the withdrawal from caffeine was a symptom of a bigger problem and I moderated my caffeine intake and became a little more passive and Zen like.

Now that I am in my 30's and have a little one just starting out, I rely on coffee to get me through the mornings at work, but otherwise I lay off the caffeine at home. One day, perhaps, I will let my daughter try some coffee if she asks but I will do my best to keep her away from such vices that her mother and I were accustomed to partaking in when we were younger. I want to set an example by which childhood shouldn't be about gaming consoles and computer instant messaging. I want her to try and revitalize the playing outside movement. I want her to grow up healthy and buck the trend of adolescent obesity that has become rampant in her culture. Mostly, I want her out of the house for a few hours so I can sit and enjoy a cup of coffee in silence. As I approach middle age, I become the embodiment of Steven Keaton from Family Ties, warning my child about the dangers of capitalism and vice. I've turned into an 80's coffee burnout, the kind who drinks decaf coffee just for the taste and waxes nostalgic about the early days of Smooth Jazz and pegged pants.

Now if you'll excuse me, I need to flip Duotones over to side two in my walkman, preferably before this paint dries on my happy mountain. Oh, and pass the flavored creamer, will ya? I'm jonesin' for a little French Vanilla.