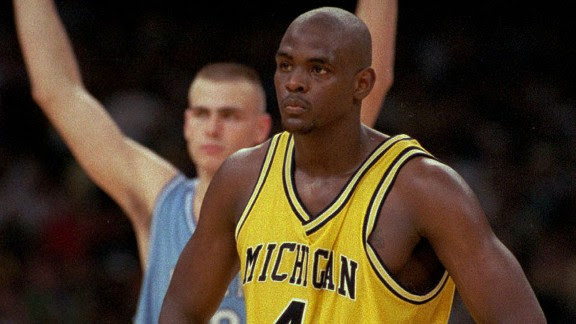 AP photo/Susan Ragan
It's that time again, March Madness. I do not claim to be any kind of sports expert, especially when it comes to basketball. When it comes to NCAA sports, basketball, or otherwise, I am really bad. I'm involved in a NFL football pool at my work. It's somewhat easier for me. All I have to do is pick the winner of the games that weekend to win the weekly pot. At the end of the season, the person with the most wins gets an additional pot containing a percentage held from each week. I am not embarrassed to tell you that I've never won a single week, but have once won an end of the season pot. It was the first year we had instituted the end of the year pot and I was persistent enough to play every week regardless to my ignorance of all things sports. Because I played every week and was able to correctly pick 10 or more wins on a consistent basis, I found myself $350 richer. However, this was the one and only time I have ever won. We now have a rule where the person with the least amount of correct picks gets their $5.00 back. I can't even suck enough to get money back. The downside to office pools is that the one person who has to be explained exactly how the system works, including football itself, is usually the person that wins. I can't even be that dumbass.

With NCAA Basketball, I am worse at picking winners. There are 32 teams to keep track of in NFL Football over 17 weeks. I have all means of websites to gauge the health of the players, the statistics between opponents, field conditions, location of game, etc. With College Basketball, there are 65 teams playing over 3 weeks. I can't keep track of everything associated with any one team, especially since you pick all the winners at once. There was a time, once, when I was destined to win a tournament. It was 1993 and I was a senor in high school. I was in a group with about 16 other guys and we drew all the teams out of a hat. We each got 4 teams each. I can only remember two names, the University of South Carolina at Coastal Carolina and Michigan. I remember Coastal Carolina because I had been accepted and was going to attend there in the fall. I remember Michigan, well, for obvious reasons. As the weeks went on during the tournament I was disappointed that my first round of the bracket had two of my teams facing each other and Coastal Carolina had been eliminated. I thought it was fated that I had randomly picked my college destination out of a hat. I had no clue if Michigan was any good. I was playing the odds of coincidence, not actual talent. So, when Michigan slowly moved up the tournament to the top spot, I was excited. I didn't know why but I was.

On the last night of the tournament we gathered at the house of the host of the tournament. I had my little piece of paper with the word Michigan written on it clutched in my hand as the final round was about to be played. Even though I had much at stake, I still didn't follow basketball all that close. I had played for 6 years at the YMCA in grade school, but I wasn't particularly any good. I played forward and was given only two instructions. Get the rebound and pass to the guards. With my limited knowledge of the sport, I opted to play pool with the other guys while I would get score updates from those actually interested in the game. As the game came down to the last few minutes, I became more and more interested. I sat on the edge of my seat as the ball moved from team to team up and down the court. As the final minute begun to tick away, my stomach turned in knots. Michigan had found themselves behind by two points and all that was needed was a nice three point shot to steal victory away from North Carolina.

After a struggle to gain possession of the ball, Palinka fouls Sullivan, giving him a free throw. After Pat Sullivan misses with 19 seconds left on the clock, Chris Webber gets control of the ball and sets up a drive down the court. Seconds ticked off the clock as my heart was about to jump out of his chest. Webber began to get into position and with 11 seconds on the clock, I suddenly yelled at the screen, "CHRIS! What are you doing? You can't call time out, you don't have any more!" My words ceased to breach the television screen and reach his ears. He did, in fact, just call timeout, resulting in a technical foul. North Carolina gets off two empty court shots and possession of the ball results in another shot giving them a win 77-71. My destiny was shattered. 80 bucks went to the guy holding onto North Carolina. My crumpled paper with the word Michigan lay on floor beneath the stomping of my foot. "YOU IDIOT! HOW COULD YOU NOT KNOW HOW MANY TIMEOUTS YOU HAD?" At the age of 18, $80 was a lot of money, and looking back I probably overreacted to the mistake. After all, I was watching the game in the comfort of someone else's living room. I wasn't playing the game. My stress was a bit misplaced and unnecessary. Had I been a college basketball player, I might have made the same mistake. I was simply motivated by the idea that I could actually win a sports pool. I never won anything in my life and here, victory was 11 seconds away if one man could have just made a three point shot. Instead, the pressure of one of the biggest collegiate athletic tournaments got to him in the final seconds and he made an honest error. In essence, that moment was sparing me the real pain I would faced if Michigan would have won. They were later stripped of the 5-1 status for violations and I would have ended up losing the money anyway. Of course, by then, it would have been hard to track me down to give back the cash but it's the principal.


The last minutes of 1993 NCAA Men's Division I Basketball Tournament
Most people are willing to forgive this infraction on C-Webb's part due to his performance in the NBA. While he always has had good numbers and will likely end up in the Hall of Fame one day. Until then, I'll keep twisting that little pin in my Webber voodoo doll like the Maharajah in Temple of Doom. He's pretty much been cursed since his days at Michigan. But still, you think with the money he's pulling as a professional basketball player, he'd be able to part with the $80 he owes me. Then I could put all this nastiness behind me and work towards my next bit of justice. I must track down Rocky Bleier. He stole my wife's Christmas tree when she was a kid. You think I'm kidding?
Posted by Mongo at 3/17/2008 07:50:00 AM

Argh, I didn't need to be reminded of this ignominious moment in Michigan sports. I'm still trying to savor our first Big Dance since 1998.

I'd much rather remember the 1989 NCAA Finals: Michigan vs. Seton Hall, in overtime, and as I'm watching Rumeal Robinson go to the free throw line to hit two shots that will win the game for the Wolverines, I also realize: If he makes it, I win the office pool! Of course, he iced the free throws, and I was $90 richer.