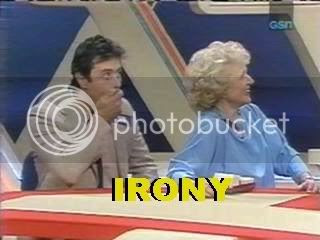 Betty White, go ahead.
"Spitzer."
By now all of the political buzzing is around the governor of New York. Everyday drinking water has been spared the prying eyes of The Mitchell Report searching for the silver bullet that is trying to nail water for evidence of drugs. Now, the 24 hour news cycle has a new bone to chew on with Eliot Spitzer's involvement with a prostitution ring. "Hey Eliot, the password is, KARMA."
Why is it that politicians always find themselves in these situations? Not that we here at Angry Mongo like to talk politics, in fact we have a rule. There are three things we try to never discuss with people: religion, politics, and the Great Pumpkin. However, in the case of Spitzer, I find the need to point out a couple of things.
The first is that we just got out of a writers' strike. You've just given every writer in Hollywood enough material to last until the next strike. Your name alone is classic. Let's see how long before the late night gang starts toting out these gems.

"Eliot Spitzer was just indicted for soliciting a prostitute. Her name, Swallows."
"Welcome to the Emperors Club VIP. You can be rest assured of our quality as all of our girls have been inspected by Client 9."
What's even funnier about this is that supposedly Spitzer used the alias of George Fox. Fox was a Quaker who once said at the age of 11, "I knew pureness and righteousness; for, while I was a child, I was taught how to walk to be kept pure. The Lord taught me to be faithful, in all things, and to act faithfully two ways; inwardly to God, and outwardly to man."
Now if that isn't ironic, then how about the fact that Spitzer prosecuted two prostitution rings as New York Attorney General. How ironic is it? Let's ask the Governor.
"Hey, Eliot. How ironic is it?" 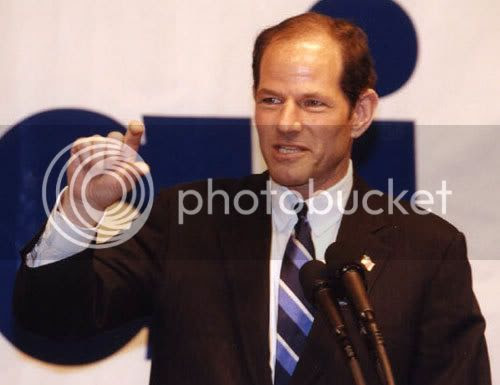 The other thing that I feel I should point out is that at least Democrats at least screw up in a normal fashion. That's not to say that they are any less of a hippocrite than say a Republican but look at the last two big Republican scandals.

Like I said, Spitzer is no better or worse than Craig or Foley, they're all hippocrites. It's just funnier to see the conservative right get caught in a scandal that opposes their staunch viewpoints. Of course, the biggest sex scandal of the 20th century has to be Bill Clinton and Monica Lewinsky, yet Clinton never campaigned against sex with interns. He only denied understanding the definition of sexual act. Something, probably only Hillary could vouch for.

So, Governor, hats off to you becoming the definition of irony for 2008. If I were you, I'd ask the Emperors Club VIP for a refund, you got caught. If not, at least ask for 30% to help with divorce attorney fees.