I will now impart unto the three laws of house cleaning, for married men.

1. Never attempt to clean anything inside the house without first instruction and consent from your wife.
2. A man must obey all house cleaning orders given to him by his wife, except where such orders conflict with the first law.
3. When in doubt, ask your wife, do not attempt to improvise.

Anyone who tells you a housewife and mother are not real jobs should be taken out and shot. Taking care of a household and those within it is a thankless and penniless job for which there is no advancement. You don't get a raise. You don't get a promotion. You get more work. There is no retirement until you are admitted into an assisted living facility. It took me 22 years to appreciate all my mother did for me and my family in the way of picking up my dirty dishes and washing my dirty laundry. For this, I accept my penance of helping my wife, whenever I can to "Tidy up the joint." Now, just because house cleaning is a manual chore, doesn't mean you can't have assistance from technology. Growing up, my mother had, and actually still has, this green canister vac which I believe is a Compact. The egg shaped metal monstrosity is older than I am and still works. I remember as kid, dragging that thing out of the closet across the slate floor. You could hear it all through the house. My mom would spend two days cleaning the entire house. Friday she would clean the upstairs and do laundry. Saturdays, she would clean the downstairs. This was her routine and for 23 years our carpets looked like they were brand new. So did the furniture. I have proof in pictures of our living room from both houses that I lived in growing up. The same furniture can be seen in both places spanning 20 years.

Picture of what the Compact looks like.
While that vacuum cleaner that she has is still functional and well cared for, mine are constantly in a state of disarray. I inherited a Dirt Devil upright from a relative about six years ago and it's on its last legs. I constantly have to change the belts or clean out the brushes. I guess having four cats doesn't help anyone keep a sweeper in good condition. I could be wrong and just have about as much luck with sweepers as an eight year old has with goldfishes. Still, the sweeper got good use as my wife and I would clean our house on a weekly basis. We are nowhere the level of cleanliness that my parents' house is but while my mother has that old Compact vacuum, I started to invest in all kind of good toys to help my wife keep a clean home.

After I inherited the dirt devil, my parents bought us a Breeze, which is a canister vac with a big old filter inside. This particular model has since been discontinued and I have to constantly clean the filter off with another sweeper in order to reuse it as I can't find replacements in any store. Dirt Devil's website does have them for $25.00 but that seems excessive. I might have to reconsider since the filter has a huge chunk missing from an incident in which I sucked up something from the hearth of our fireplace that was still burning. I turned around and saw the canister filling up with smoke and quickly took the vac to the garage to put the burning hairy mess. Our new house presented another problem. We had recently moved from a two bedroom townhouse with wall to wall carpet to a three bedroom ranch wall to wall hardwood floors. Animals and hardwood floors are a bad combination as sweepers just push the hair around and you have that feeling of embarrassment when company notices the occasional tumbleweed of cat hair go tumbling by. In order to help my wife, I saw an ad for the Hover Floormate. This little handy dandy vac/floor scrubber will suck up the dirt and then scrub the floors. It's a great help versus those stupid stick mops with the pads on the end. My wife loves the Floormate and while most women would feel slighted being given cleaning supplies for Christmas, it has become a sort of tradition and my wife doesn't mind being given domestic helpers. Along with the Floormate we got a Bissel QuickSteamer for the carpet in our family/game room. My wife is a piano teacher and kids tend to track a lot of dirt into the room.

For every good gift, though, there are the bad. While the Floormate was a great idea, I also bought her a Black and Decker Scumbuster. This rotating piece of crap doesn't have enough power to scrub dishes or walls all that well. I sort of inherited it as it does do a decent job at scrubbing the litter boxes. Another great gift from my Mother was a Scunci steamer. This thing is awesome. It does a fantastic job at cleaning the soot and dirt from the inside of our wood burner as well as steaming away the spilled paint from when we did the nursery. I hate to paint and this thing helps me as I also suck at it. For that great gift there was also another bad one in the new Dirt Devil stick broom vac. This is another chargeable sweeper that doesn't have the power to suck up a hairball, let alone a piece of dry cat food. Probably one of the best gifts I got my wife was our Oreck XL. It runs around the same price as those bagless vacs but it's great for carrying around as it's only eight pounds. It's also ergonomic for my wife's carpal tunnel. The thing actually works, too. The only drawback is that the bags fill rather quickly and lose efficacy as they become full. The last gadget that I bought that I still don't think was worth it was that "Scrubbing Bubbles" shower cleaner. You hit the button and it sprays around the shower four times. I will admit that there is no mold growing in the shower, but there is still soap scum and a film on the walls that has to be cleaned regularly. Chalk that one up in the "draw" column, I guess.

To date there is only one sweeper or gadget that we are somewhat afraid of in our house. It's our newest one. I feel like Michael Keaton's son in Mr. Mom fearing for the safety of my wooby from Jaws, although we've named this one Consuela. The vacuum I'm speaking about is one of those iRobot Roombas. My Mother in Law got one just before Christmas and my wife became immediately jealous. I hopped onto the Internet and found one on the home shopping network site that offered a lot of discounts and free shipping so I figured what the heck.

The robot arrived just after Christmas and since my wife's birthday is in January, it worked out well. The concept of this round robot is to continually go over the same area, executing turns when it runs into objects. Essentially, it works like my billiards' ability. If I hit the cue ball hard enough, it will travel around the table until eventually; a ball will be knocked in the pocket. It also comes with a little post that acts as a virtual wall keeping "Consuela" from crossing the border into another room we don't want her to sweep, yet.

All in all it is a pretty neat contraption and for the most part it does work. Although, it sometimes does not want to hit that one spot that has the most dirt. Also, one night, we returned home from dinner and heard this weird noise. We came upstairs to see the robot zipping around the house on its own keeping the cats hostage on the living room couches. One of them must have bumped it off of its base and it sprang into life.

Now that my wife has all these weapons of mass dusting you would think I would be free to not have to help her. That was my original plan. After all, she hates the way I clean. I don't spray the polish onto the surface; I spray it onto the rag. That's how I was taught. When you spray it on the surface, it tends to get elsewhere and then you are slipping and sliding all over hardwood floors past the fur balls that Consuela missed. Still, as much as I would love to show utter ineptness in cleaning so that I can get out of it, I still de-hair the couches, clean the bathrooms, and the computer. I do appreciate my wife and all she does, just like I finally did with my own Mother in my 20's. If I ever hit that lottery, I'll by my wife the ultimate in cleaning, a maid. That way she and I can both enjoy a clean house and not have the backaches to show for it. I do like the looks of the house when it is spotless and it gives you a sense of pride that you achieved such a feat. Your effort does not go unnoticed. Now, if I could just get Consuela back to her base, we'd be able to enjoy it in peace and quiet.

However, I swear that it and the broom vac are planning our demise. If we leave the Oreck up there, it will be the makings of a revolution. Next thing you know, a monster vacuum will travel back from the future, bent on eliminating John Connor and we'll have the makings for a really bad, but spotless, movie. 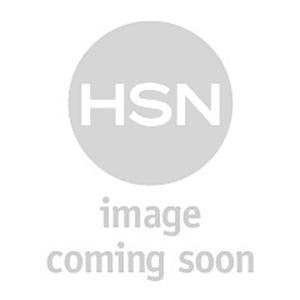