Currently, in my house, there are at least five gaming systems either in use or collecting dust. I have an old Atari 2600, NES, Playstation One, PS2, and my pride and joy, PS3. I also have a computer but haven’t played games on it for a few years. Now, that covers about 26 years of gaming technology, one from different generation of gaming platforms. Most kids under the age of 18 probably more than one from the same generation in their house right now. As a kid growing up in the Reagan years I had two gaming systems. I had the Atari and then I also had a video game system that no one else had. No, it wasn’t a ColecoVision or Intellivision. It didn’t render games in splashy 4-bit graphics with “bleeps” and “bloops” for a soundtrack. It didn’t even use a television. I could take it with me wherever I went. I even took it to school and most teachers didn’t even know I had it.

In today’s world teachers a fighting the fight against cell phones in the classroom. Back then, I was walking around with perhaps the best item of contraband, a portable gaming system. This was at least 3 years before the original Nintendo Gameboy with the monochromatic screen. My game system was the coolest. I even had multiple systems that came in different colors. Truly, I would have been the envy of all my classmates if they had known about this super secret game system. Still at a loss? Ok, I’ll explain. You see, every day at school we would file into the Cafeteria/gym/auditorium for lunch. We’d sit there and make idle chit chat about the cool Smurfs episode from the Saturday before and then for the last half of the lunch we would be made to put our heads down and just sit there. Looking back, it was rather degrading and quite disgusting. After we had sat there and ate our lunch on those tables, a cafeteria worker would come by and wipe down the surfaces with a damp Clorox rag that had been used on every table. She stretched it as far as she could without having to reload. So, while most kids sat there and inhaled fumes and probably bleached the cuffs of their shirts, I would start playing video games…on my lunchbox.

Before you start to wonder if the fumes were making me a little crazy, understand this. I loved video games. I’ve spoken about them numerous times in my blog. While my friends gathered around and played on their cooler and more sophisticated game systems like the ColecoVision or Intellivision, I was left to the now old school looking Atari 2600. I didn’t have a nearby arcade with Galaga and Joust available, so I took them with me in my mind and wasted that stupid last half of our lunch time with my lunchbox stood up on the table in front of my head and pretended to be blasting away at video game villains. I did say that it came in three different styles. That was correct. I had a Pete’s Dragon, Hong Kong Phooey, and the top of the line Return of the Jedi lunchbox. Left to my own devices I made the time go quickly and I rarely lost a life while playing those imaginary games. I never shot the food or got stuck in the corner with ghosts bearing down on me. I always had the high score and got the replay. When the time of reflection and meditation ended for us and we headed back to the classroom, reeking of bleach, I had my fill of gaming for the day and could focus on more important matters like division or spelling. You might think I led a lonely childhood but I don’t think so. In fact a couple of times I caught myself being watched by other students only to find them taking my lead and soon we had head to head matches like we were playing battleship.

So, just remember kids. You don’t have to have a PSP or a GameBoy to play your video games on the go. All you need is a lunchbox, preferably with a thermos for a joystick, and an imagination. Game on! 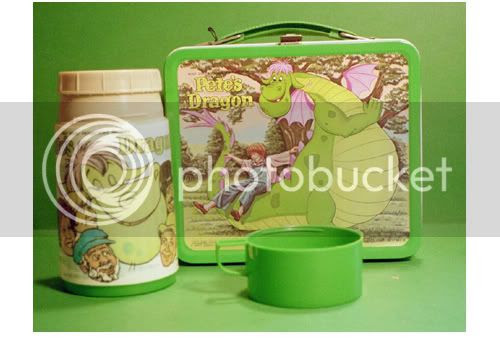 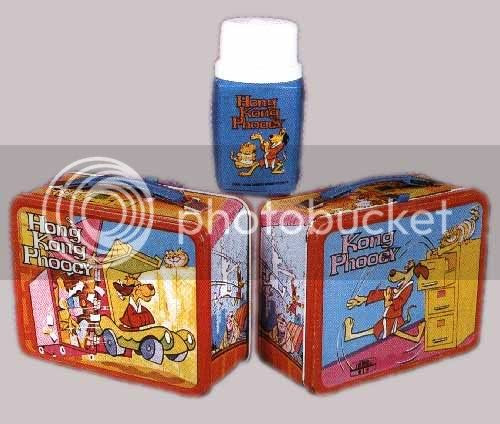 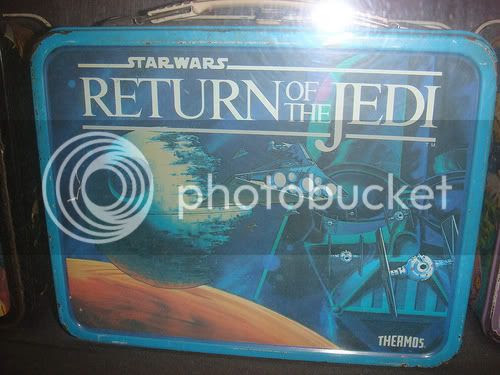