Wikipedia is given more credit than it should when it comes to accurately displaying information. That's why I joke in my Favorite Links List on the side that if it didn't show up in Wikipedia, it didn't happen. You get what you pay for when you let the Internet masses edit and contribute to one of the largest reference sites.

Now, either someone at Wikipedia or an outside party decided to edit the page for the 2009 American League Division Series. They included a line regarding their hatred of the Red Sox, who are playing the California Angels in game one of their matchup tonight. After I noticed it, I of course, screen captured it because as any game or computer geek knows, "Screenshot it or it didn't happen." So, I present to you a capture of said entry before it was caught. Notice the words right above Game 2. 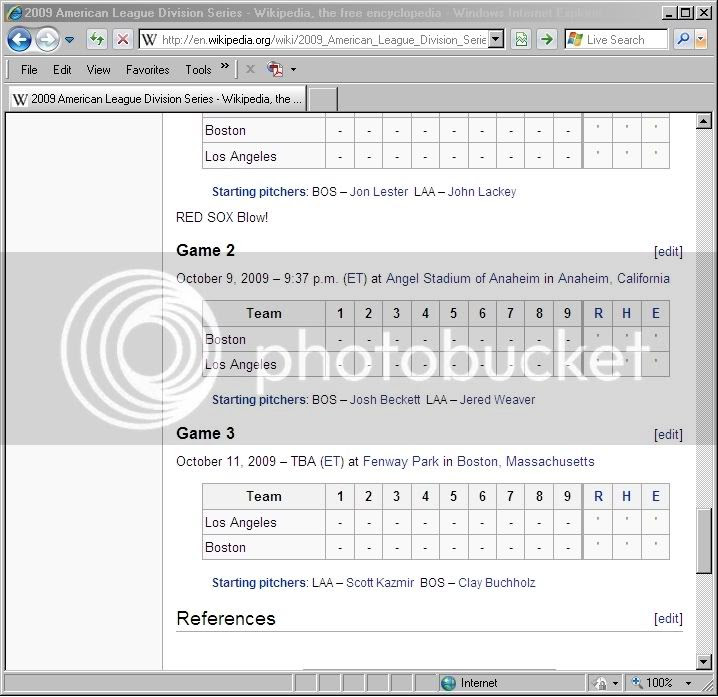