The Gulf Coast of the United States is in imminent danger from an oil slick heading to shore.   It had been previously thought that the spill was caused by an oil rig, Deepwater Horizon, which had exploded offshore.  However, we have just recently learned that the oil spill was not caused by the rig's explosion.  Instead it was caused by the cast of Jersey Shore filming in Miami Beach.   One of the filming crew spoke with EPA officials shortly after completing the scene that caused the spill.  "We had no idea of the impact that we would have on the environment.   We all warned the cast not to get Snooki's hair wet, but when we saw her go down into the water we knew we had a situation."  The cameraman then explained to Michael Sorrentino that he was not referring to him but to the spill. 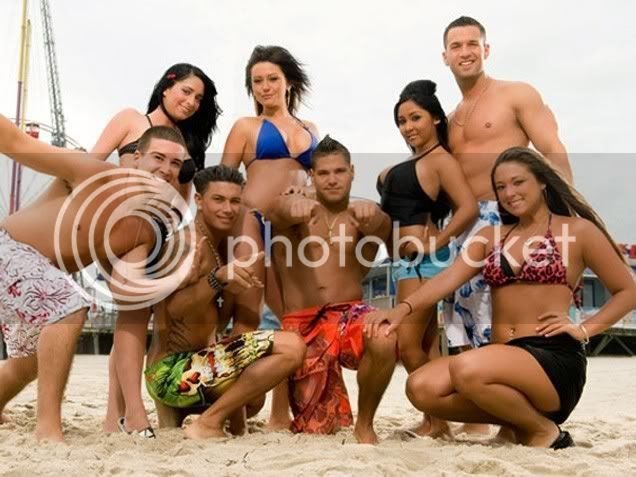 EPA officials estimate that between the amount of hair and spray tan products on the cast members, the ecosystem is serious peril.   It was originally thought that Miami was in immediate danger but it seemed that the slick moved South around the Keys and has ended up in the Gulf of Mexico, threatening Louisiana.
Posted by Mongo at 4/29/2010 07:41:00 PM