2013 D-Bag Awards Round One: Death vs. Mother Nature 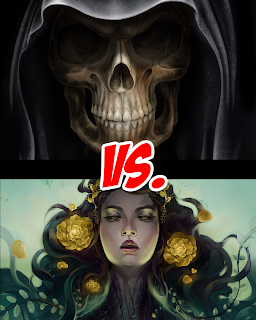 This is the match.  This is always the biggie for me here at M.A.M.S.  Death has won the award the most times and last year’s hands down victory was a given in that I had neither the time nor the energy to even consider counting down the biggest d-bags of the year.   Newtown and a host of other events last year drained my will to want to remember what all happened and I simply gave Death the win.  In all seriousness, he probably would have won, regardless.  So, back again for another try, he takes on the only force he can evenly be matched with, Mother Nature.

An earthquake and Typhoon Haiyan in the Philippines, Typhoon Phailin in India, Hurricanes Manuel and Ingrid, and tornadoes across the United States claimed the lives of over 6000 people alone this year.  And while those deaths could be chalked up in… um, Death’s column, these were due to natural disasters.  The Earth renewed its vow to kill us without even blinking and that is enough to make Mother Nature eek by with a win in this round.

Congratulations, Mother Nature, you took down our reigning champ.  Now, don’t so much as breathe in 2014.